President Donald Trump’s administration has been characterized by personal failings and policy successes. 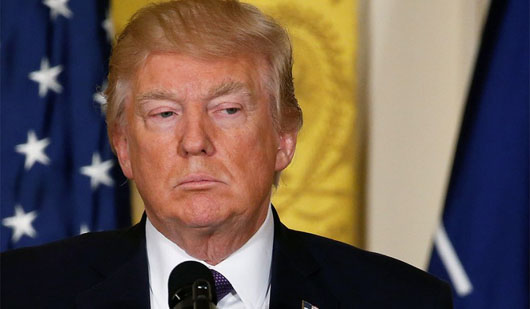 Donald J. Trump has been president of the United States for almost two years. He is currently beset with multiple problems having to do with his personal business dealings, allegations concerning his campaign and payments to purchase the silence of women who have alleged affairs with him in the past.

He is also, and justifiably, accused of personality defects of such magnitude that they have negatively affected his ability to govern, due to increased political polarization both among the public and in Congress. Of course, previous presidents have displayed similar defects of character and personality. Some have had affairs not only prior to taking office but during the time they occupied the White House. Some used foul language and engaged in verbally violent disputes in private and occasionally in public.

But much of this behavior was unknown or imperfectly known by the public because of communications protocols that were very different than those of today. They were, by and large, kept out of both public and political discourse with a few exceptions (those exceptions led to one resignation to avoid impeachment and another to an actual impeachment).

Multiple wrongs don’t, of course, make a right, and Trump can be perfectly justifiably criticized for his all-too glaring personal failings. But in this survey of the past two years of his administration, what can be said of his actual policies and achievements as president, is arguably much more important than the language used in his tweets?

In domestic affairs the country is enjoying an economic boom and falling unemployment and a distinctive trend of re-industrialization. Unfortunately, a growth-enhancing revenue law has not been matched by any significant effort to moderate, much less reverse, the massive increase in public indebtedness which started in the G. W. Bush administration and continued throughout the Obama administration. Unless that overhanging threat is recognized and dealt with effectively, short-term positive economic developments will turn into long-term economic disaster. With a newly democrat-dominated House of Representatives such a turnaround is unfortunately unlikely even should he try to do it.

In foreign affairs his record is really quite good. Although much-criticized, both immigration and trade policies have in fact been successful. Illegal immigration is down with or without a wall and his often-ridiculed negotiating tactics have in fact resulted in a successfully renegotiated the North American trade arrangement and increasing signs that China, rather than continue to lose ground in its most important market, will accede to much of what Trump is demanding.

Firm action has been taken in response to aggressive behavior on the part of Russia and China in Europe, the Middle East, the Far East and elsewhere. North Korea has shown signs of a positive reaction to U.S. pressures and the reversal of the Obama policies vis-a-vis Iran can only be highly praised.

Firm and steady support for Israel and other allies in the Middle East has characterized the administration’s actions and criticism of Europe’s defense and foreign policies and behavior is largely justified.

In sum, I think it would be fair to say that so far, Trump’s actual record, as opposed to his personal behavior, has been a substantial improvement over his two disastrous predecessors. But, to repeat the warning above, if the debt and deficit situations are not vigorously addressed, both the domestic and foreign programs of this or any other administration will be gravely threatened.