Both MyPillow CEO Mike Lindell and former Overstock.com CEO Patrick Byrne have said that the whole story about what happened in the 2020 presidential election will be revealed soon and that truth may lead to Donald Trump returning to the White House. 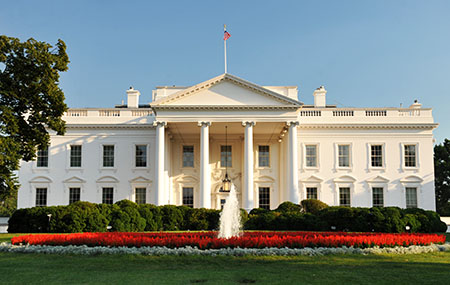 Lindell says he has collected new “evidence” of fraud that will show the 2020 election was stolen from Trump and handed to Joe Biden.

“All the evidence I have — everything is going to go before the Supreme Court, and the election of 2020 is going bye-bye,” Lindell said on Steve Bannon’s War Room podcast.

“Donald Trump will be back in office in August,” Lindell said.

Byrne, who has been leading a self-funded cyber investigative team, said that, within a few weeks, two months at the outset, America will know the truth of what happened during on Nov. 3, 2020.

“We have irrefutable proof. It is shocking what happened, and who was involved. The information will all come out, over the next few weeks,” Byrne said. “No one will be able to say this is not true.”

When asked if the comments by Lindell were valid, that Trump will be back in office by August, Byrne said: “Well, that’s Lindell being Lindell. However, this information is so earth-shattering, that yes, it is possible Trump could be back in the White House by the Fall.”

Lindell told Newsweek that he hired two firms, which were not named, that found “all-new material” that he claimed, “are going to show every state what happened — not just the swing states.” Those findings will include “all the cyber footprints with IP addresses, IDs of computers” and will appear on his website, MikeLindellTV, the MyPillow CEO said.

Lindell, who was banned from Twitter in January for violating the company’s civic integrity policy, also says he is working on releasing a social media platform called Frank in the coming weeks that will be able to handle 1 billion users.

“We will reveal the truth. The remedy is up to the American people,” Byrne added.