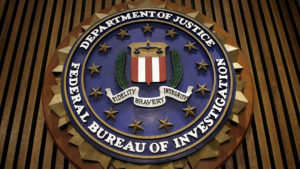 Do you realize how many people have been trying to deny that? “There weren’t any FISA warrants. The administration wasn’t snooping on anybody! That’s just made up! That’s paranoia. Obama, our savior, wouldn’t do that.”

Yet now we know that there was a FISA warrant. The Obama administration was surveilling some guy named Carter Page. They found nothing, but they were looking to. They wanted to. Carter Page had done some business in Russia some time ago, and they were desperate. Obama and his team were desperate to prove that there was some kind of collusion between Russia and Trump. Now that’s kind of out the window with what’s happened in Syria. But you won’t find that news today. Well, in the Washington Post. But normally you would hear other people pick it up. CNN? Noooo. You know what they’re talking about in an effort to not cover any of this?

I cannot tell you how big this is. This validates what Trump was saying about his campaign being surveilled. And it’s also the first time anything like this has ever happened. The Washington Post has the story and they’ve got so much detail I wonder if they’ve actually been leaked the actual warrant application. You know, FISA warrants are secret as grand jury testimony, but somebody’s leaked this stuff to the Washington Post.

Brief review of this FISA business. There were reports there was a FISA warrant requested in June, 2016 that was denied. So they went back in October, requested it again, that was granted. Then there have been total, utter denials, no FISA warrants. Then we got the news yesterday that, oh, yeah, oh, yeah, there was one. …

Since last July, they got a FISA warrant looking for evidence. Why didn’t they come forward and put an end to that disinformation campaign by our media, the DNC? Why didn’t that happen? ‘Cause that’s not the agenda. ….

No, no, no. Let me be perfectly clear. I got a couple of emails. I haven’t made myself clear on this FISA warrant business. Here’s what’s going on, folks. The Obama administration asked the FBI to go to the FISA court and get a warrant to surveil Carter Page, the only guy they can find that had any connection with Russia. He had worked there for Merrill Lynch. He was a volunteer. He barely even knew Trump, but he had been to Russia. They were desperate to find something.

The purpose of this — and this is the nub of it — they were looking for somebody that they could pretend was acting as a foreign agent in order to get the surveillance warrant so that they could then turn around and spy on the whole campaign! And once they had that FISA warrant, then they could go out and surveil all these foreign actors like the Russian ambassador and incidentally pick up other people in the Trump campaign on purpose!

But the real purpose was to get that warrant issued on Carter Page, which opened every door there was. They could then spy on the entire campaign, not just Page. There’s no doubt this is what was going on. Trump nailed it. He was exactly right in his claim that he was being surveilled. That’s what today’s news the Washington Post cements.

FISA warrants? Turns out there was one, which ‘opened every door there was’ to spy on the Trump campaign, WorldTribune.com