Wednesday’s announcement of the start of the United States-Mexico-Canada Agreement (USMCA) is a major accomplishment for the Trump administration — fulfilling its promise to modernize the way trade agreements are written — as well as a major economic boost for our continent. Along with frustration over the EU’s handing of final Brexit negotiations, this is likely to boost efforts for a U.S.-UK free trade agreement (FTA).

This would be an extremely welcome development for both countries. 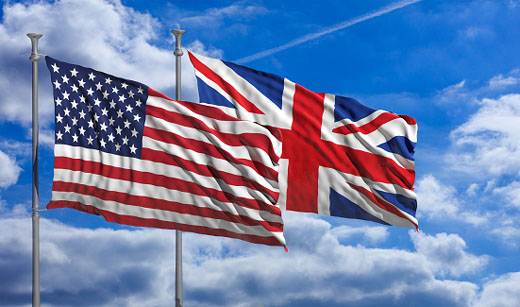 In his unique fashion, UK Prime Minister Boris Johnson has characterized optimism for the deal: “In my experience, the Americans are very tough negotiators indeed and we will do a great deal with them and it will open up opportunities for businesses, particularly services companies in the U.S. It will be a tough old haggle but we’ll get there.”

U.S. leaders see great promise in a U.S.-UK FTA. Florida Senator Rick Scott wrote last month: “An FTA would grow both the U.S. and UK economies, creating high-skilled jobs and leading the way for other nations to improve trade. As a result of a U.S.-UK FTA, the UK Department for International Trade’s analysis suggests U.S. annual GDP could increase by almost $10 billion.

Success with USMCA stands in stark contrast to the UK’s stagnated negotiations of a final Brexit deal. Until now, the negotiations have seen no progress, with the EU employing last-ditch heavy-handed tactics and demands that are causing Boris Johnson and his colleagues to lose patience.

The lack of progress is mostly due to EU intransigence and playing every card to derail the negotiations since Britain officially left on 31 January. Attempt after attempt to hold the UK captive in the customs union have been tried with the fate of UK industry held in the balance.

The current offer on the table from the EU is a compromise that comes with an unbearable ransom. Brussels is offering the UK freedom from being bound to EU rules in are as such as state aid, in exchange for trade tariffs. Urging PM Johnson to reject this proposal, many British MPs have suggested unwillingness on the grounds that such a plan still tethers the UK to EU influence in contravention of the whole principal of Brexit.

Should the EU talks fail, Britain will exit with no deal—the “hard Brexit” under which there would be no “…compromise on issues like the free movement of people, leaving the EU single market and trading with the EU as if it were any other country outside Europe, based on World Trade Organization rules.”

The transition period since then was the time to negotiate the UK’s divorce agreement, including what trade will look like post-Brexit. During this time, the UK has also been free to pursue trading relationships with non-EU-member states, on its own terms unencumbered by EU rules.

While UK talks are currently underway for trade agreements with both EU and U.S., the status of neither is clear at this point. A coveted grand trade agreement with the U.S. would be highly valuable for the U.S. economy in terms of jobs, manufacturing, and post COVID recovery, but such a proposal would need to go through Congress. It is impossible to imagine Congressional Democrats handing a pre-election win of this scale to the Trump administration.

Due to these political considerations, expectations have been scaled back to focus on a U.S.-UK agreement of lesser scope in bilateral talks between London and Washington. With the U.S. and UK being each other’s largest investors, the chances of forward movement of some sort are more likely, but not without obstacles including agricultural and tech policy.

UK International trade minister Liz Truss has assured that there is “no set deadline” for the bilateral agreement, but with the dwindling hopes for a positive EU compromise and the announcement yesterday of the heralded USMCA entry into force, motivations will likely be high to make progress in the next round of U.S.-UK talks at the end of July.