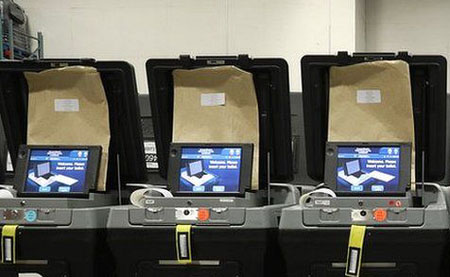 Trump attorney Jenna Ellis said the team would have access to the machines for “about eight hours to conduct that forensic examination and we’ll have the results in about 48 hours, and that’ll tell us a lot about these machines.”

Judge Kevin Elsenheimer issued the order regarding a challenge from voter William Bailey, who filed a lawsuit alleging that ballots were damaged in a recounting of ballots in a marijuana proposal that narrowly passed, reported Fox News.

The Michigan GOP last month noted that voting machines in Antrim County incorrectly switched 6,000 votes from Trump to Joe Biden. The Secretary of State’s office said it was due to a technical error and non-updated software, adding that the issue was later corrected.

Ellis, in an interview with Fox News on Sunday, cast doubt on the Secretary of State’s claims, saying that it was “an unexplained and so-called ‘glitch.’ ”

Attorney Lin Wood said Sunday he plans to file a petition with the U.S. Supreme Court after a federal appeals court denied his appeal in a case seeking to block the certification of the state’s election results.

“The stakes are high as the case deals with a disputed Presidential election,” Wood said in an email to The Epoch Times. “I intend to timely file a petition with the United States Supreme Court.”

Wood said he was disappointed with the appeals court ruling “as my case presents an opportunity for the judicial system to make clear that the Georgia general election was unlawful as a result of substantive changes in absentee ballot procedures by the Secretary of State without approval by the Georgia legislature.”

“My vote was diluted by the unlawful voting process and will again be diluted in the runoff election which is being conducted under the same unlawful rules. My case presents serious equal protection issues which need to be addressed by the judicial system,” Wood added.