Trump hails return of ‘Bible Literacy’ classes in some states

President Donald Trump applauded the efforts of state legislatures that are seeking to return classes about the Bible to public schools. 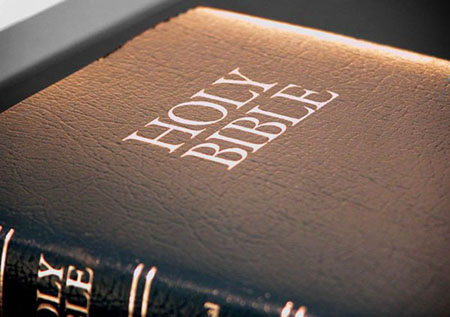 Lawmakers in Republican-controlled state legislatures in Florida, Indiana, Missouri, North Dakota, Virginia and West Virginia are pushing for legislation that would allow public schools to offer elective classes on the New and Old Testaments.

Alabama and Iowa have also considered Bible literacy bills, but the measures were voted down, according to Fox News.

The ACLU said of the lawmakers’ efforts: “Religious education is best left to parents and churches, not school or government.”

Writing for The Washington Times on Jan. 28, columnist Cheryl K. Chumley noted that “The secular side will rage. Let them. Let them and listen up: I was an atheist during my college years – but took a Bible class just the same. Why? For history’s sake. For English literary sake. For knowledge’s sake. And guess what: It didn’t hurt.”

The Bible class “didn’t turn me into a non-thinking, Bible-thumping, daisy-distributing religious nut. It didn’t even spark interest in God at the time, to be honest,” Chumley wrote.

“It just provided a perspective that helped with the literary challenges of William Shakespeare, Geoffrey Chaucer, Edmund Spenser and the like. It just flushed out some of the mysteries of literature’s spiritual and biblical references.”

Chumley added: “So, too, would Bible classes in today’s government-run schools. Much can be learned from the Bible, and not all of it necessarily spiritual.”

“[F]or [John] Adams,” The Gospel Coalition wrote, “the Bible was republican because it was an indispensable handbook for republican citizenship. In particular, the Sacred Text, more than any other source, taught the civic virtues required of citizens in order for republican self-government to succeed.”