Trump: Democrats counting on Jan. 6 hearings ‘ to stop me — but we can’t be stopped’

Former President Donald Trump said that Democrats are putting the spotlight on the House Select Committee on Jan. 6 in an effort to distract from their domestic policy failures which have led to record inflation. 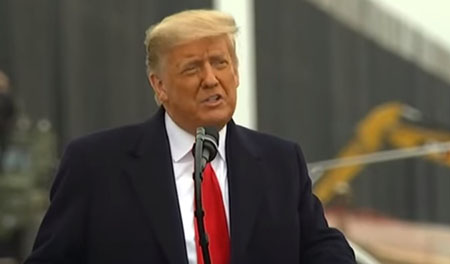 Democrats are “desperate to change the narrative of a failing nation” by distracting people with the hearings and the investigation into the events surrounding the events of Jan. 6 Capitol, Trump said in a 12-page letter shared by his Save America PAC.

“Seventeen months after the events of January 6th, Democrats are unable to offer solutions. They are desperate to change the narrative of a failing nation, without even making mention of the havoc and death caused by the Radical Left just months earlier,” Trump wrote.

“Make no mistake, they control the government. They own this disaster. They are hoping that these hearings will somehow alter their failing prospects.”

“As we near the midterm elections, we’re watching the Swamp creatures circle the drain as true Americans step up to replace the corrupt Establishment with patriots who will fight for our freedoms,” Trump also wrote, suggesting he will likely continue to focus on the issue of the 2020 election through the midterm and possibly beyond.

“Americans are struggling to fill their gas tanks, feed their babies, educate their children, hire employees, order supplies, protect our border from invasion, and a host of other tragedies that are 100% caused by Democrats who obtained power through a rigged election, and the people of our country are both angry and sad,” he continued.

“This is merely an attempt to stop a man that is leading in every poll, against both Republicans and Democrats by wide margins, from running again for the Presidency,” Trump wrote of the Jan. 6 committee.

“The Democrats know that I would correct all of this, and they are doing everything in their power to stop me — but we can’t be stopped. We have to Save America.”

Donald Trump, Trump: Democrats counting on Jan. 6 hearings ‘ to stop me — but we can’t be stopped’, Unselect Committee, WorldTribune.com