The Trump administration has directed U.S. embassies abroad not to fly the LGBT rainbow flag on official flagpole stands.

The directive comes as the LGBT community celebrates Pride Month. 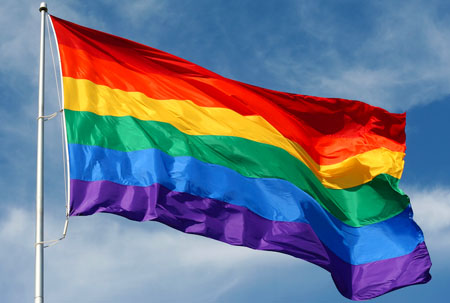 U.S. embassies in Israel, Germany, Brazil and Latvia were denied their requests for permission from the State Department to fly the pride flag on their flagpoles, diplomats said according to NBC News.

The embassies are allowed to fly the rainbow flag elsewhere on their grounds, including inside embassies and on exterior walls, but not on the official flagpole stands which fly the U.S. flag.

“Day by day, a death by a thousand cuts, our rights as lgbt+ Americans are being eroded with the removal of a guidance here, the rewriting of a policy there, or just the quiet disappearance of a web site,” Robyn McCutcheon, a transgender woman who has served in several diplomatic postings, wrote on her blog Transgender in State. “It should come as no surprise that this erosion would happen also at the U.S. Department of State.”

Under the Obama administration, rainbow flags could be flown on official flagpole stands at embassies, but were required to be smaller than the American flag.

U.S. Ambassador to Germany Richard Grenell, who is openly gay, told NBC News in a statement that the rainbow flag will be present in the Berlin Embassy.

“The President’s recognition of Pride Month and his tweet encouraging our decriminalization campaign gives me even more pride to once again march in the Berlin Pride parade, hang a huge banner on the side of the Embassy recognizing our pride, host multiple events at the Embassy and the residence, and fly the gay pride flag,” Grenell said.

Diplomatic missions in Seoul, South Korea, and Chennai, India, publicized rainbow flags outside their buildings, The Washington Post reported over the weekend.

President Donald Trump formally recognized Pride Month this year by reiterating his administration’s position on decriminalizing homosexuality in other countries.

“As we celebrate LGBT Pride Month and recognize the outstanding contributions LGBT people have made to our great Nation, let us also stand in solidarity with the many LGBT people who live in dozens of countries worldwide that punish, imprison, or even execute individuals,” the president tweeted.

In 2018, Republicans introduced a bill in the U.S. House seeking to bar any other flag from being displayed in concert with the American flag at U.S. Embassies. The bill did not single out LGBT flags.

“The United States flag is the single greatest symbol of freedom the world has ever known, and there’s no reason for anything but Old Glory to be flying over our embassies and posts around the globe,” Rep. Jeff Duncan, South Carolina Republican said at the time.