Where are the Republicans in Congress with backbone and the partisan fervor that is in such ample supply on “the other side of the aisle”?

Even before the early morning vote today on Obamacare, President Donald Trump lamented: “It’s very sad that Republicans, even some that were carried over the line on my back, do very little to protect their President.” 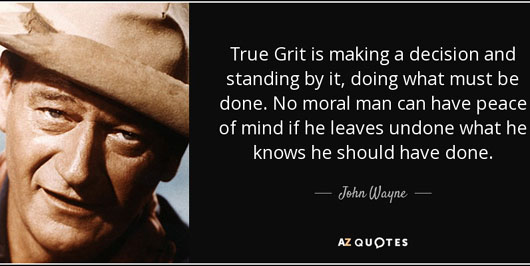 After a stripped-down Obamacare repeal bill collapsed in the wee hours of July 28, Trump tweeted: “3 Republicans and 48 Democrats let the American people down, As I said from the beginning, let ObamaCare implode, then deal. Watch!”

Sen. John McCain joined two of his colleagues to block the repeal bill.

Related: The McCain-Soros connection: It started after senator got caught in ‘Keating Five’ scandal

“I regret that our efforts were simply not enough, this time,” Senate Majority Leader Mitch McConnell said on the Senate floor after the vote. “This is clearly a disappointing moment.”

“It’s time to move on,” he added after pulling the bill.

The lack of movement by the GOP on Trump’s agenda and the lack of will to challenge special counsel Robert Mueller on what many say is a partisan investigation have become all too commonplace, frustrated current and former officials are saying.

“Republicans need to get a backbone,” former Utah Rep. Jason Chaffetz said during a July 24 appearance on Fox News. “Every time the Democrats say they need to call up Jared Kushner or Don Jr. – call up Chelsea Clinton, call up the Clintons.”

There, Chaffetz said, “we have an inspector general who issues a report stating an actual crime. You have Bill Clinton, the former president, taking millions and millions of dollars from countries, that Hillary Clinton is going in and then doing business.

“So every time a Democrat says ‘I gotta talk to Donald Trump Jr.,’ then go up and bring Chelsea Clinton in there, because she was involved in the Benghazi situation, she was involved with the (Clinton) Foundation.”

Another Trump tweet: “So why aren’t the Committees and investigators, and of course our beleaguered A.G., looking into Crooked Hillarys crimes & Russia relations?”

Former House Speaker Newt Gingrich said the entire Russia kerfuffle is a witch-hunt designed to bring down Trump, evidenced by the presence of several Clinton or Obama lawyers on the Mueller staff and the resulting lack of an investigation into the Clintons.

All of this and the GOP seemingly shrugs and turns away, or as House Speaker Paul Ryan said, in the words of the Daily Caller, “that it isn’t congressional Republicans’ role to defend President Trump.”

Are most Republican members of Congress more loyal to the donor class and K St. in Washingon (aka, “The Swamp”) than to either their voters or the Republican President waiting “with pen in hand” to implement a reform agenda?