The “1-6ers”, or suspects who were detained in connection to the breach of the U.S. Capitol on Jan. 6, are held in closet-sized cells in solitary confinement for 23 to 24 hours a day and allegedly assaulted and degraded by D.C. jail guards, a report said.

The D.C. Central Detention Facility “has become Guantanamo Bay for American Citizens,” one lawyer told DailyMail.com in a report published on June 1.

One of the detainees, Richard “Bigo” Barnett, who was photographed with his feet up on the desk in Speaker Nancy Pelosi’s office, said the “1-6ers” keep their spirits up by reciting the Pledge of Allegiance and loudly singing the national anthem.

Joseph McBride, Barnett’s lawyer, claimed that jail guards are “roughing up” the detainees to show solidarity with law enforcement who protected the Capitol.

“In the eyes of the Federal Government, the 2021 Trump supporter is the 2001 religious Muslim. This is demonstrated by the fact that Trump supporters, type-casted as extremists, are being illegally detained pretrial by the United States Government,” McBride said.

McBride said guards told his client and other “1/6ers” that “the world hates them,” “they’ll be forgotten” and “they’ll spend the rest of their lives in here,” among other disparaging remarks.

There’s a pending grievance against one of the guards who allegedly threatened to sexually assault Barnett’s wife, the Daily Mail report noted.

Barnett said the detainees were locked down 23 hours a day with one hour of recreation time, which could be anywhere from 9 a.m. to 9 p.m.

Barnett, who was released under house arrest in April after three months in the D.C. jail, told the Daily Mail that the days started for the “1/6ers” at 3 a.m., when they were woken up and given “slop” for breakfast.

Reciting the Pledge of Allegiance and singing the national anthem were the only thing keeping the detainees’ heads above water while they were in jail, Barnett said.

Someone “would stand in the middle of our area and recite the Pledge of Allegiance. We would join in. It boosted moral,” Barnett said.

“At some point we started singing the National Anthem every night at 7 p.m. I would start it off because I had the loudest voice. We did it for unity, love of country, and because we are patriots.”

Another “1/6er”, Guy Reffitt, wrote in a jailhouse letter (see below): “While our lawyers do our bidding and the judges do their duties, we remain resolute, reciting The Pledge of Allegiance and singing The National Anthem, all in unison, loud and proud most everyday.”

The jail has a women’s wing where the same type of treatment was described in detainee Lisa Eisnehart’s court documents.

She was in solitary 23, sometimes 24, hours a day, and she was shackled and chained when she left her cell, according to court documents.

“She had an ability to exercise on a treadmill that is present in the general population area, instead of being given just five hours per week (less than one hour per day) that she had to spend alone after simply being moved to a slightly larger cell to ‘exercise,’ ” court documents say.

In the general population, she could shower whenever she wanted, wash clothes, heat up food, visit a library, and begin legal research, according to court documents.

“She got her first good night’s sleep since arriving (into general population), as the cells in the general population area are far warmer than her previous cell (where the temperature appears to be about 55 degrees Fahrenheit). And perhaps most importantly, she was able for the first time in weeks to interact and talk with other human beings who were not assigned to monitor her movements and activities as prison guards,” court documents say.

After a day, Eisenhart was transferred back to restrictive housing for her safety, according to court documents.

“The Federal Government has a long history of scapegoating entire groups of people in order to erode our constitutional rights and protections while simultaneously grabbing power,” McBride noted. 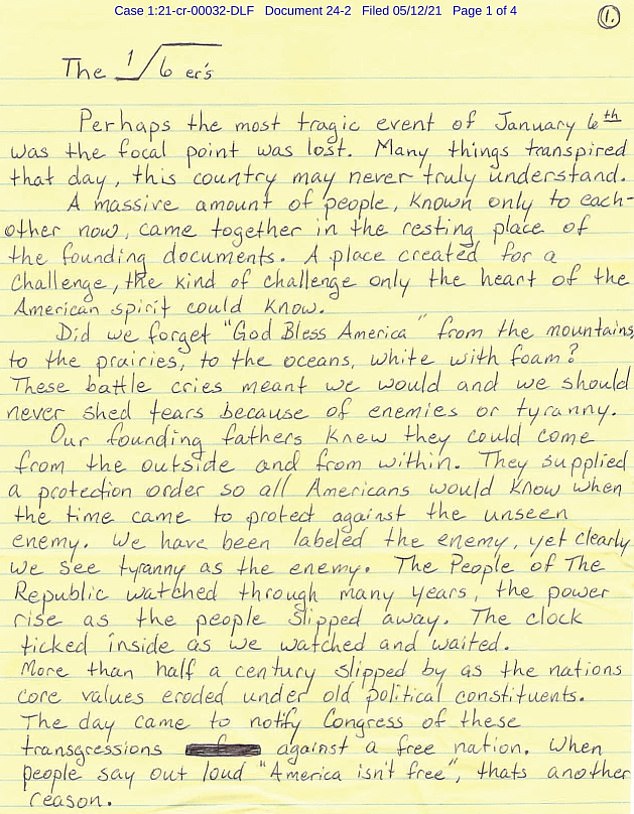 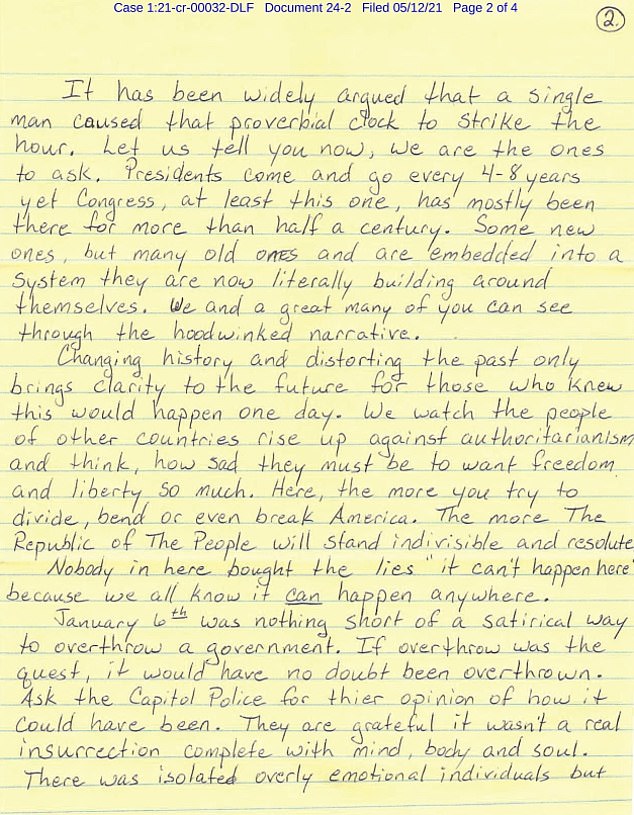 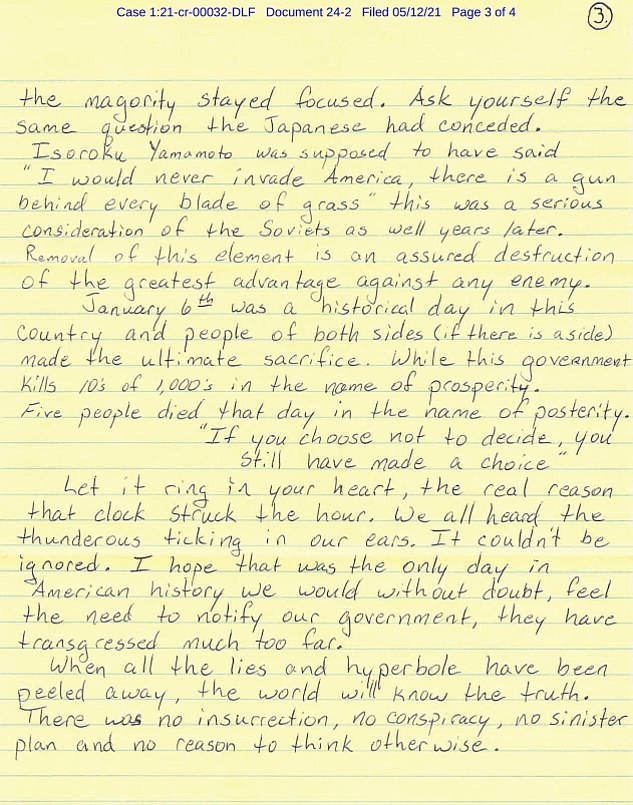 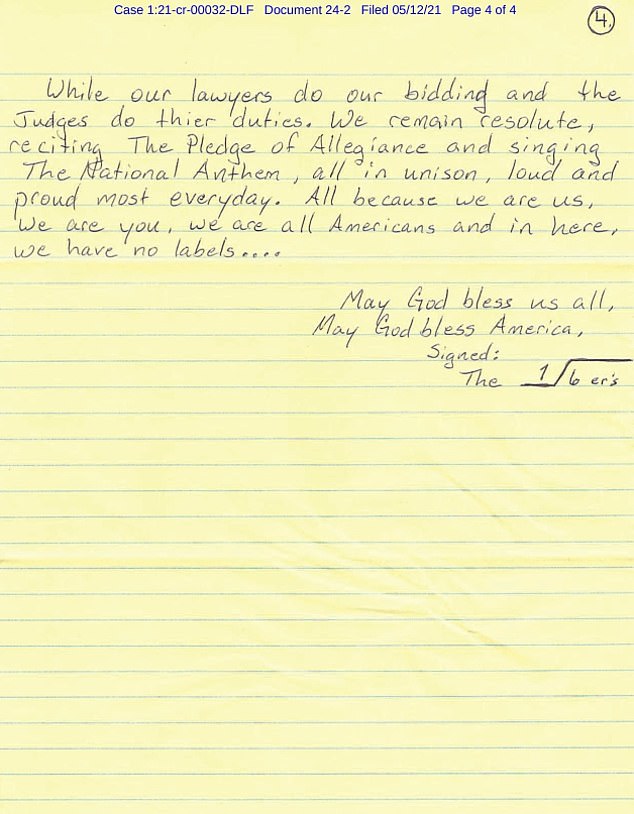