Transgender activist: Put all kids on puberty blockers until they decide their gender

All children should be put on puberty blockers until they decide for themselves which gender they want to be, a transgender activist said. 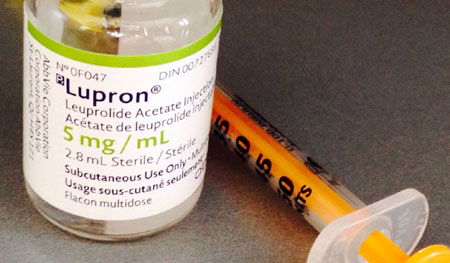 Lauren McNamara, known by followers as “Zinnia Jones,” said that children should be legally able to consent to the administration of puberty blockers since they already de facto consent to the “permanent and irreversible changes” that come naturally through puberty, The Blaze reported on Monday.

McNamara added: “An inability to offer informed consent or understand the long-term consequences is actually an argument for putting every single cis and trans person on puberty blockers until they acquire that ability.”

McNamara contends that puberty became “optional” when technology was developed to “enable deliberate choice between natal puberty and puberty induced by cross-sex hormones.”

According to her YouTube fan page, McNamara is an atheist American commentator who has “posted numerous videos critical of religion, especially in regards to its attitudes towards LGBT people. Zinnia is openly transgender and has been on hormone replacement therapy since September 2012.”

“Zinnia was assigned male at birth and given name Zachary Antolak in 1989 in Chicago,” but she “became aware of her sexuality as a gay male at an early age,” her profile states.

“After years identifying as a gay male, Zinnia finally came to the conclusion that she was actually a trans woman in 2011 and started a romantic relationship with her close friend and lesbian Heather McNamara, becoming an adoptive mother towards Heather’s two children. Zinnia is currently in a polyamorous relationship with Heather and another trans woman named Penny,” the profile continues.

gender-identity, transgender, Transgender activist: Put all kids on puberty blockers until they decide their gender, WorldTribune.com