The Republican leader of Pennsylvania’s state Senate may have effectively shut down a fellow Republican’s effort to launch a full forensic audit of the 2020 election in the Keystone State. 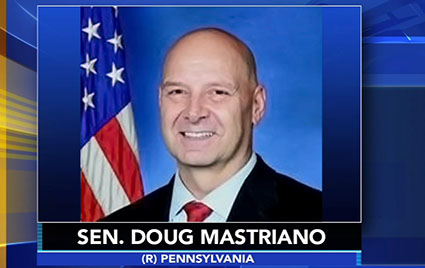 Penn Live reported that, in a video posted Thursday on Facebook, Mastriano “did not name names, but blamed ‘the powers that be’ for preventing him from holding a meeting of the committee he chairs to vote on issuing subpoenas to counties.”

“The powers that be made sure that didn’t happen,” Mastriano said in the video, the Pennsylvania Capital-Star reported.

“I would say we’re not in a very good spot right now,” Mastriano said in the video, which has since been deleted. “I put my name out there to get it done, and I’ve been stopped for the time being.”

On July 7, Mastriano sent letters to Philadelphia, York, and Tioga counties with a sweeping request for access to documents, information and equipment, giving them until July 31 to formulate a plan to comply, under threat of a subpoena. All three refused to cooperate.

In an Aug. 20 news release, Mastriano said his investigation into the 2020 election “seeks answers to the questions that so many are asking. If those elections were free and fair, as Democrats insist, Democrats should have no fear of such an investigation — but they were afraid.”

Mastriano said the administration of Democrat Gov. Tom Wolf responded to his July 7 letters to Philadelphia, York, and Tioga counties “by issuing a threat to all 67 Pennsylvania counties. In the legally questionable ‘directive,’ they threatened to decertify the voting machines in any county that participated in the investigation, leaving the county (taxpayers) on the hook for millions of dollars to replace machines.”

But it wasn’t just Democrats blocking the investigation, Mastriano noted.

Corman had blocked an Aug. 6 meeting of Mastriano’s committee at which a vote was scheduled to take place on issuing subpoenas.