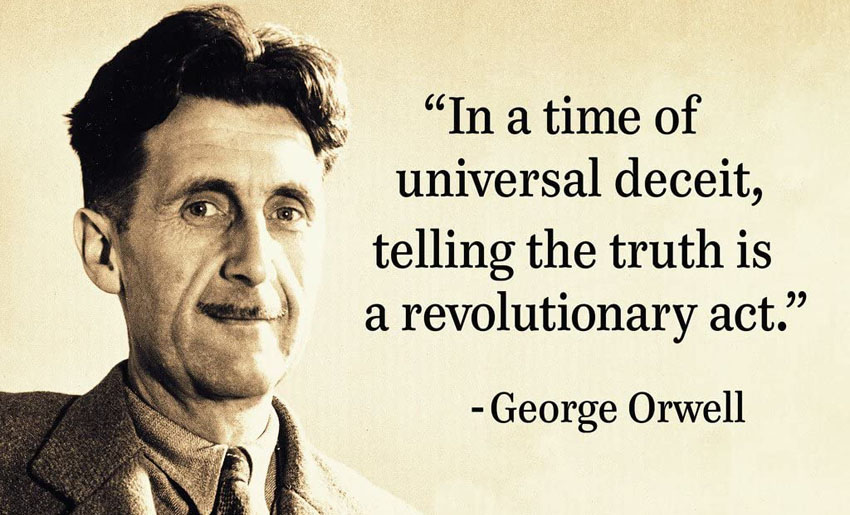 Other Orwell quotes relevant to the times are making the rounds on the Internet: