President Obama is losing the trust of the American people. In fact, his administration is collapsing under the weight of its numerous lies and false statements. The result: Mr. Obama’s credibility is eroding, his popularity dwindling. The electorate is slowly but decisively turning against him.

Moreover, our intelligence agencies knew within 24 hours that Islamists had committed a premeditated, planned and coordinated terrorist attack on our diplomatic mission. Four Americans — including Ambassador Christopher Stevens — were slaughtered. U.S. sovereignty was breached. Our compound besieged. The Stars and Stripes ripped down, replaced by Al Qaida’s black flag of Salafism. 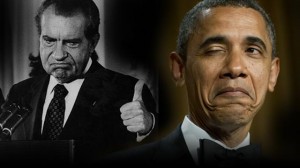 In other words, Americans died and Mr. Obama lied. For nearly ten days, senior administration officials — from the president to Secretary of State Hillary Clinton to United Nations Ambassador Susan Rice — engaged in a systematic cover-up. They insisted on the fiction that the video was to blame, and the assault was the work of “extremists” who had “hijacked” the angry protest.

At a recent congressional hearing, State Department officials testified the very opposite took place: security cameras show there were no rioters — only armed jihadists storming our compound. Also, officials revealed that between June 2011 and July 2012 over 230 security incidents occurred at the U.S. diplomatic mission. In August, requests to bolster security were denied. The administration left our diplomatic personnel exposed and helpless, as the anniversary of the Sept. 11, 2001 attacks approached. Even when news of the assault broke, Mr. Obama refused to order U.S. fighter jets based only 450-miles away in Sicily, Italy, to defend the besieged compound. The reason: He didn’t want to “violate” Libya’s airspace without the “permission” of the government in Tripoli.

The administration’s behavior was reckless, naïve and inept. Mr. Obama perpetuated the phony video-riot story because the Libya debacle demolishes one of his campaign’s central claims: that he has smashed Al Qaida. “Osama bin Laden is dead, and General Motors is alive” was the slogan at the Democratic National Convention. Mr. Obama has repeatedly — almost shamelessly — spiked the political football regarding bin Laden’s assassination. Yet, the Benghazi atrocity reveals that the terror network is alive and well.

Al Qaida is spreading in Afghanistan, Pakistan, Yemen, Somalia and Libya. Instead of being in retreat, bin Laden’s Islamic warriors are on the march. Hence, the president and his surrogates concocted a fantasy — they deliberately misled the public — in a desperate attempt to preserve his reputation as a supposedly effective foreign policy leader. They don’t want voters to know what really happened: Jihadists succeeded in striking a major American target. The Obama team put cynical politics and systematic deception above patriotism. Mr. Obama has blood — American blood — on his hands. His actions reveal an Orwellian disregard both for the truth and the lives of his fellow citizens.

The administration’s mendacity, however, is not confined to foreign affairs. Since the beginning of his presidency, Mr. Obama has been haunted by the specter of chronic high unemployment — especially, the rate of 8 percent. It is the benchmark he set for himself early on. Mr. Obama vowed following the passage of his nearly $1 trillion stimulus that, should the jobless rate not fall below the magic 8 percent mark, he would be — and should be — a one-term president. For 43 consecutive months, America has had unemployment above 8 percent. One month before the election a minor miracle has happened. The Bureau of Labor Statistics (BLS) claims that unemployment has dramatically dropped to 7.8 percent. This is the biggest one-month turnaround in nearly 30 years.

There is only one problem: the numbers don’t add up. The BLS says that 873,000 jobs have been created. For this to be true, the growth rate would have to be at a vigorous 4 to 5 percent — in other words, like it was in September 1983 during the Reagan recovery. The economy needs to be booming. Instead, the recovery remains sluggish. Growth is anemic at 1.3 percent. This year’s economic growth has been slower than in 2011, which was less than in 2010. Rather than expanding, the economy is stalling. In short, the BLS number of 7.8 percent is impossible. It is a political fiction, like Libyagate.

For four years, the liberal media has propped up the Obama presidency. They have ignored the administration’s countless scandals — the massive waste, corruption and political pay-offs within the stimulus program; the illegal war in Libya; empowering radical Islamists to seize power in Egypt; unlawful breaking of contracts in the takeover of the auto industry; the numerous unaccountable and unconstitutional policy “czars”; the flagrant abuse of congressional procedures and open bribery to ram through Obamacare; the Fast-and-Furious gun-walking operation; Solyndra and other green-energy boondoggles in which billions of taxpayer dollars have been used to reward Obama cronies; and now, the Benghazi cover-up and politically motivated manipulation at the BLS.

The reason is simple: Mr. Obama was supposed to be the progressive messiah, a black Franklin D. Roosevelt who would preside over a “Green New Deal.” Instead of FDR, however, he is nothing more than a liberal Richard Nixon. Mr. Obama is a political thug, who will say and do anything to hold onto power.

Jeffrey T. Kuhner is a columnist at The Washington Times and host of “The Kuhner Report” on WRKO AM-680 (www.wrko.com) in Boston.