China Daily, the mouthpiece of the Chinese Communist Party (CCP), has doled out millions of dollars to the most prominent U.S. media outlets for the purpose of pushing Chinese propaganda on an American audience, the U.S. Department of Justice said.

These supplements are inserted as advertisements in newspapers or paid programs online.

Researchers looking into Chinese influence activities in the United States said in a 2018 report that “it’s hard to tell that China Watch’s material is an ad.”

A statement filed last week with the DOJ under the Foreign Agents Registration Act (FARA), noted that the Wall Street Journal, Los Angeles Times, Foreign Policy, and the Seattle Times are some of the notable receivers of funding from China Daily.

China Daily paid the Los Angeles Times $340,000 for advertisements and $111,501 for printing newspapers in the past six months, the report said.

China Daily’s overall expenses to push Chinese propaganda in the United States, from May 1 to Oct. 31 this year, was more than $4.4 million, in which around $3.1 million was spent on printing, advertising, and distribution, and about $1.3 million for payrolls and other operating expenses, the DOJ report said.

China Daily’s previous financial filings with the Justice Department showed that it paid more than $4.6 million to The Washington Post and nearly $6 million to the Wall Street Journal since November 2016. It also showed the outlet paid The New York Times $50,000 in 2018.

The Washington Post and The New York Times stopped running the advertising insert early this year.

Chinese media is beholden to the CCP, which Chinese supreme leader Xi Jinping has confirmed.

Xi has said “party-owned media must embody the party’s will, safeguard the party’s authority … their actions must be highly consistent with the party.” 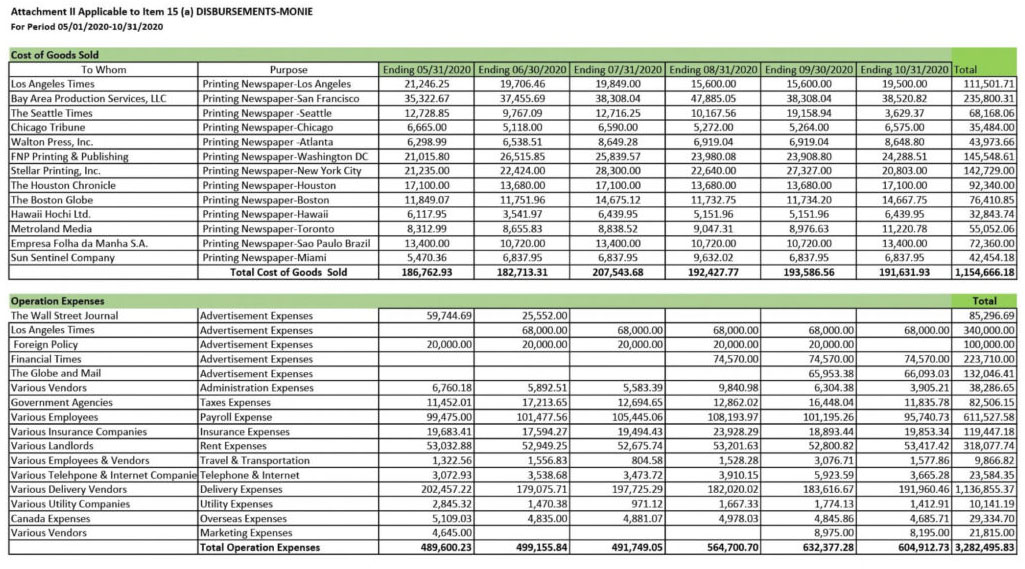 propaganda, These major American newspapers are being subsidized by the Chinese Communist Party, WorldTribune.com