The liberal media is finally looking into the birth certificate issue — Mitt Romney’s that is. Reuters extensively investigated the presumptive Republican nominee’s background, and concluded that he was born on U.S. soil and qualifies as a “natural born citizen.”

This follows the press corps’ relentless examination of Mr. Romney’s past: his record at Bain Capital, his tenure as Massachusetts governor, his Mormon faith and the church he attended, his views on race as a younger man, his marriage to Ann, his treatment of the family dog and even an alleged bullying incident as a high school student nearly 50 years ago. When it comes to Mr. Romney, nothing is off limits for our media elites. 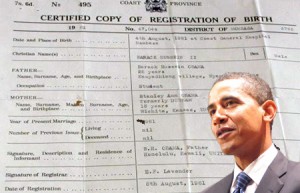 It is very different for President Obama. He has been given a free pass. The press corps refuses to investigate his murky background. In fact, the liberal media is doing everything possible to sweep his dubious past under the rug.

Take the birth certificate issue. Conservatives who question the origin of Mr. Obama’s birthplace are derided as “birthers” — extremist kooks, who supposedly wallow in conspiracy theories. Yet, when “mainstream” media outlets, such as Reuters, insist on getting a copy of Mr. Romney’s birth certificate, it is considered objective, hard-hitting reporting. The hypocrisy and double-standards are shameful.

Moreover, there is only one person to blame for the prolonged birth certificate issue: Mr. Obama. Like a chameleon, he has repeatedly altered his identity to suit his immediate self-interest. For years, his literary agent claimed — in brochures, press releases and public statements — that Mr. Obama was “born in Kenya.” He never once corrected the record. The reason is obvious: Portraying himself as having exotic Kenyan roots bolstered his literary credentials among trendy multicultural leftists. In 2004, during his campaign for the U.S. Senate, press reports — including from the Associated Press — claimed that Mr. Obama’s birthplace was Kenya.

The issue has plagued him even after winning the White House. In 2009, the government of Kenya announced that it was planning to build a monument to Mr. Obama at the Kenyan site it says is his birthplace. Officials in Kenya’s parliament insist Mr. Obama was born there; so have multiple articles in Kenyan newspapers. Kenyan family members also allege that Mr. Obama was not born on U.S. soil. Instead of addressing the issue immediately and forthrightly, the Obama administration spent millions of dollars in the courts to prevent his birth certificate from being unsealed. Only when real estate mogul Donald Trump shed a spotlight on the issue did team Obama finally relent. No wonder millions of Americans believe the president is being less than truthful. At the very least, he is a charlatan, who for years helped to perpetrate a massive lie about his background.

The larger issue, however, is why it took Mr. Trump — and not CNN or The Washington Post or The New York Times — to ask Mr. Obama the obvious question: Show the original birth certificate. The answer is that the liberal media has become thoroughly corrupt. It no longer cares to hold leaders of both parties accountable; rather, it acts — and views itself — as the communications arm of the Democratic Party. In short, its mission is not journalism, but propaganda.

This is now blatantly obvious—to the point of becoming a professional embarrassment. Recently, The New York Times did a long profile piece on Mr. Romney’s religious background. The reporter examined Mormon doctrine, Mr. Romney’s ties to his church and what he said to fellow parishioners (and what they thought of him). In other words, Mormonism is fair game. 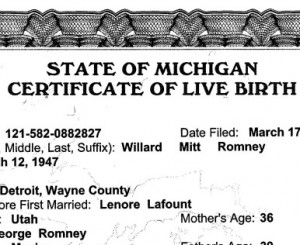 Yet, Mr. Obama’s black liberation theology is not. He spent over 20 years in Rev. Jeremiah Wright’s church. Mr. Wright has now admitted that he was Mr. Obama’s close “spiritual and political adviser,” and that the pastor helped “guide” his protégé’s religious “conversion.” Mr. Obama was steeped in a radical church that champions an anti-American, anti-white and ultra-socialist agenda. Major media outlets have simply ignored this.

Also, for years, liberal journalists have claimed that Mr. Obama was a life-long loyal Democrat; that the charges he associated with Marxist militants and hard-core leftists were simply vicious conservative smears. They allege that he is — and always has been—a pragmatic, moderate liberal in the New Deal-Fair Deal tradition. This is another lie. In a recent post on National Review Online, Stanley Kurtz presents conclusive documents that reveal Mr. Obama was a member of the New Party — a far-left third party devoted to imposing secular socialism on America. According to Mr. Kurtz, Mr. Obama was part of the New Party during much of the 1990s.

Mr. Obama is the most radical president in U.S. history. But he is something else: the least vetted leader in modern memory. The media is deliberately coddling him. It’s time to finally unmask him.