The Donald and The Wall: By over-promising, he over-delivered 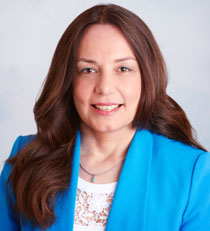 In a chaotic and graceless manner, President Trump signed a $1.3 billion omnibus spending bill that failed to achieve funding for his seminal campaign promise: a wall along the porous southern border.

This came as a political earthquake to his supporters, with many vowing to turn their backs on him. He was compelled to state he will  “never do it again.”

His electoral base reacted with dismay at Trump’s failure. Columnist Ann Coulter, once a stalwart supporter, excoriated him via a Tweet warning of his looming impeachment if the Democrats regain control of the House in the November midterm elections. 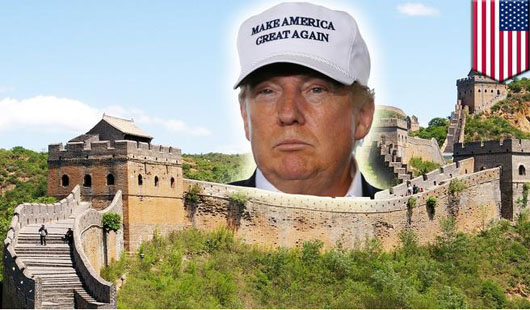 However, it is not surprising that Trump has not kept his key promise. This is a pledge he never should have made, for there was no viable path to achieving this goal.

During the Republican primary contest, Trump distinguished himself from the rest of the field with three provocative ideas: he vowed he would build a wall, deport both the criminal and non-criminal illegal immigrants and enact a ban on Muslims. Each of these bold proposals helped to energize the base. He thus appeared to be stronger, tougher, more in touch with frustrated and angry GOP voters than his Republican contenders.

Yet, there is a reason the other candidates were all more cautious and conventional: For the most part, (with the exception of Carly Fiorina and Ben Carson) they were seasoned politicians who knew that there are too many powerful, vested interests against Trump’s proposals and not enough of a national consensus to achieve them. In other words, only the non-politician, in his arrogance and naiveté, pledged to do what could not be done.

To the astonishment of the political and media elite, Trump’s pronouncements convinced enough Americans to vote for him to win the presidency. An electoral miracle had been achieved by the brazen outsider, but only by peddling fantasies that could never become reality. Candidate Trump, full of fire and conviction, ran on a half-cocked platform. He believed his own words and in his omnipotence. He did not understand the formidable strength and Machiavellian maneuvers of the very Washington “swamp” he sought to drain.

In the spring and hot summer months of the 2016 campaign, I repeatedly told the audience of my nationally syndicated radio program, “American Heartland with Dr. Grace,” that Trump would never be able to keep those three promises. Once Sen. Ted Cruz was defeated, I nonetheless urged fellow conservatives to support Trump. Why? It was clear that only he could defeat the corrupt and ruthless Democratic nominee, Hillary Clinton. As I said many times, if we could achieve her defeat and stop the Obama-Clinton globalist train in its tracks, we could forestall the looming American degeneration and decline.

We did it. We stopped her.

Trump also quickly reversed the calamitous Obama foreign policy in the Middle East. ISIS, once beheading Christians without mercy, running roughshod in Iraq and Syria and sparking one “lone wolf” attack after another in the West, is now slowly receding into the dustbin of history. Have we already forgotten what it was like to wake up to the gruesome scenes flashing on our television every day? Have we forgotten the beheading of journalist James Foley? And how we recoiled at the grotesque killing of Steven Sotloff? And do we no longer remember the agony we felt at the kidnapping and murder of the 26 year-old humanitarian aid worker Kayla Mueller?

In addition, for eight dreadful years the economy sputtered, leaving so many able-bodied Americans hopeless. Due to deregulation and tax reform, the economy now purrs and roars. Obamacare has been defanged. America has flung open the doors for business once again. The capitalist giant is rising.

Finally, we awake in the spring of 2018 in peace and prosperity. Those are two small words, said too often, but how large and rich they are in meaning. Those are two holy words.

Peace. Prosperity. They should always be capitalized. They are each a sentence.

Trump has already done far more than his Democratic and GOP predecessors. Had he not over-promised—and promised what could not be delivered—the magnitude of his achievements would be seen more clearly.

How much more can any one man do in his lifetime?

he over-delivered, The Donald and The Wall: By over-promising, WorldTribune.com