Joe Biden signed an executive order on Friday which ensures that federal agencies will follow the tenets of critical race theory, the White House said. 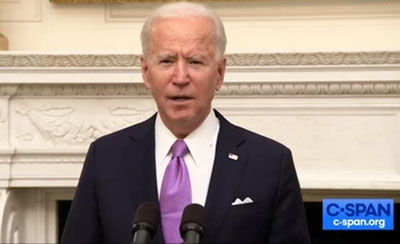 According to a so-called White House “fact sheet,” the order is a “whole-of-government initiative that will take a systematic approach to embedding DEIA [diversity, equity, inclusion, and accessibility] in Federal hiring and employment practices.”

“CRT holds that America is fundamentally racist, yet it teaches people to view every social interaction and person in terms of race. Its adherents pursue ‘antiracism’ through the end of merit, objective truth and the adoption of race-based policies,” the Daily Caller’s Michael Ginsberg noted.

Qualifications, talent, and ability are literal relics according to Team Biden as the executive order directs federal agencies to prioritize hiring based on candidates from “communities that have historically faced employment discrimination and professional barriers, including people of color, women, first-generation professionals and immigrants, individuals with disabilities, [and] LGBTQ+ individuals.”

Conservatives continue to press the Left on why it believes that persons from these communities can not succeed on their own merits or without the help of white liberal elitists.