Also among 695 pages of new documents obtained by Judicial Watch in a Freedom of Information Act (FOIA) lawsuit were records indicating the IRS was intent on requiring 501(c)(4) nonprofit organizations to restrict their alleged political activities in exchange for “expedited consideration” of their tax-exempt applications. 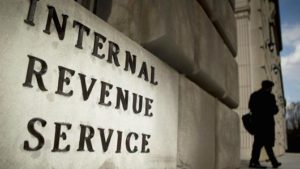 The documents were produced after a revelation by the IRS that it had located “an additional 6,924 documents of potentially responsive records” relating to a 2015 Judicial Watch FOIA lawsuit about the Obama IRS targeting scandal.

“These newly identified records are not records that were contained in the ‘Congressional Database,’ which the IRS created in 2013 to house records responsive to congressional inquiries into the IRS scandal,” Judicial Watch said.

In an August 9, 2013, memo, then-acting IRS Director Karen Schiller admitted the IRS used political labels in targeting the groups for special scrutiny and possible audit and that, going forward, the agency would screen organizations based only on their activities, “not words” or “labels of any kind.”

A May 14, 2013 Inspector General report revealed that the IRS had singled out groups using conservative-sounding terms such as “patriot” and “Tea Party” when applying for tax-exempt status. The IG probe determined that “Early in Calendar Year 2010, the IRS began using inappropriate criteria to identify organizations applying for tax-exempt status (e.g., lists of past and future donors)” and “delayed processing of targeted groups’ applications” in advance of the 2012 presidential election.

“No wonder the Obama IRS has been hiding these records. The new smoking-gun documents contain admissions by the Obama IRS that it inappropriately targeted conservative groups,” said Judicial Watch President, Tom Fitton. “But the records also show that the abuse continued – as the Obama IRS tried to force conservative applicants to give up their First Amendment rights in order to finally get their applications granted.”