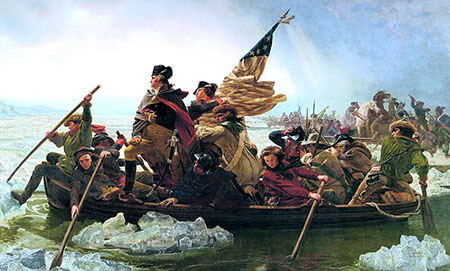 by WorldTribune Staff, December 24, 2021 On December 24, 1776, George Washington knelt in prayer at McKonkey’s Ferry, asking the Lord for the right words to inspire his troops to keep going, before he crossed the Delaware River for a surprise attack on the British. “The greatest Christmas gift the world received was the night […]