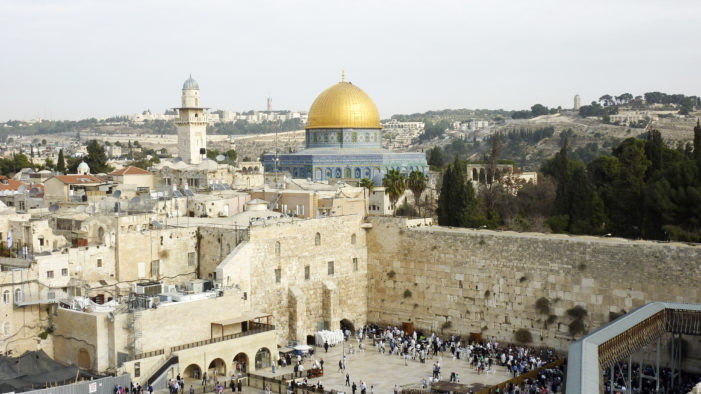 by WorldTribune Staff, October 16, 2016 The U.S. should re-examine its backing of Israel after a UN agency denied any Jewish connection to the Temple Mount and Western Wall in Jerusalem, the Palestinian Authority (PA) said. UNESCO’s resolution maintains that the Western Wall and Temple Mount will be referred to by their Arabic names and […]

Special to WorldTribune.com The Mufti of “Palestine” delivered a sermon at Al-Aqsa Mosque on March 4 that incited against Israeli “settlers and Jewish organizations.” “The occupation continues to kill Palestinians and execute them without trial, on the pretext that they were trying to carry out operations against the soldiers of the occupation or against settlers,” […]

Special to WorldTribune.com Israeli Defense Minister Moshe Ya’alon and Jordan’s King Abdullah met on Feb. 12 to discuss bilateral relations as well as “ways to breathe life” into the Israel-Palestinian peace process. The meeting, during a security conference in Munich, Germany, was the first between a senior Israeli official and Jordan’s king since the autumn […]

Special to WorldTribune.com The push to codify Al-Aqsa Mosque as a major Islamic holy site doesn’t seem to be catching on in Jordan. A recent poll published by the University of Jordan found that 60 percent of students surveyed had never even heard of the holy mosque in Jerusalem. “This survey has proven once again […]