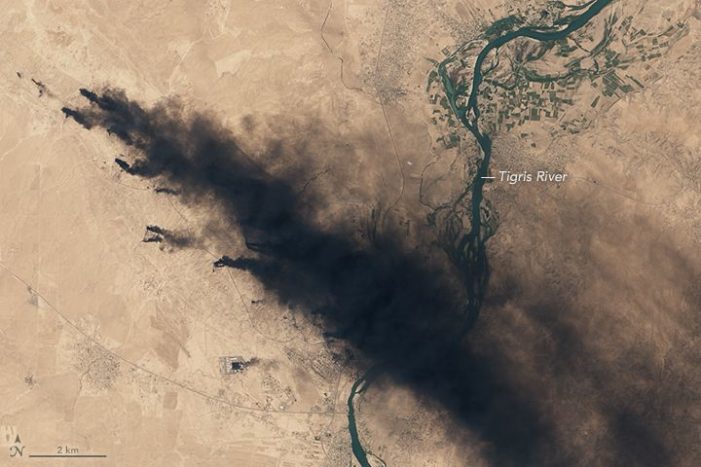 by WorldTribune Staff, November 20, 2016 Islamic State of Iraq and Levant (ISIL) is destroying the environment and endangering the health of thousands of people as it retreats from its areas of control in Iraq. Retreating jihadists have set oilfields alight, burned a sulfur plant and sabotaged a water treatment facility, making living conditions “dangerous […]

Special to WorldTribune.com Islamic State of Iraq and Levant (ISIL) targeted Shi’ites in Baghdad on May 11 as a car bomb killed at least 66 people and wounded 87 more. The bomb was set off in a crowded outdoor market of Baghdad’s majority-Shi’ite eastern district of Sadr City, police officials said. Karim Salih, a 45-year […]