Letter from Riyadh: Gas is 25 cents/gallon, princes on edge but hopeful about Trump era 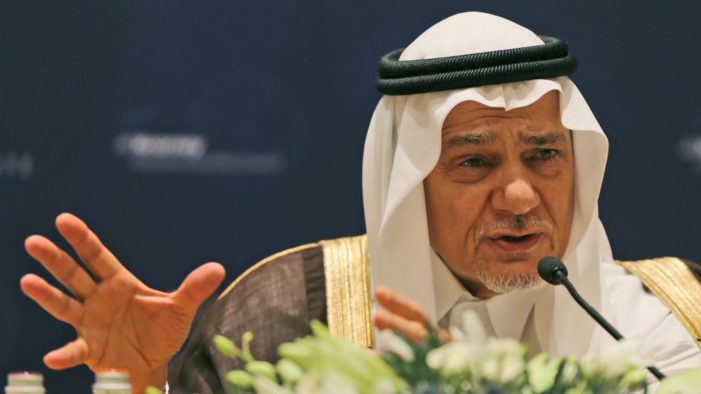 Special to WorldTribune.com by Dr. Jack Caravelli, Geostrategy-Direct Last week a Geostrategy-Direct editor was in Riyadh to discuss U.S.-Saudi relations, including the implications of Donald Trump’s election for the future of those relations. The meetings were hosted at the King Faisal Center, the leading research center in Saudi Arabia which is directed by Prince Turki […]

Special to WorldTribune.com A Saudi royal ripped into U.S. President Barack Obama for “insulting” the kingdom by “telling us to share our world with Iran.” Prince Turki al-Faisal, the kingdom’s former intelligence chief and envoy to Washington, slammed Obama’s recent comments to The Atlantic magazine in which the president said the Saudis need to “share” […]