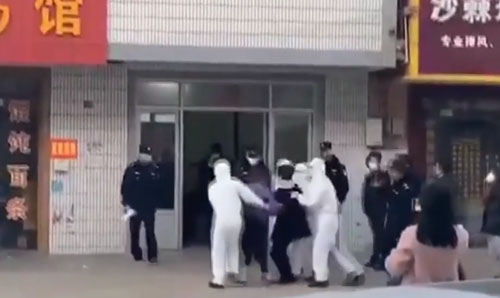 Special to WorldTribune.com By Willy Lam, East-Asia-Intel.com Xi Jinping, newly anointed general secretary of the Chinese Communist Party (CCP), has lost no time laying down what will likely be a leitmotif of his 10-year tenure: promoting “constitutional Socialism with Chinese characteristics.” This so-called “Back to the [Chinese] Constitution” movement will be kicked off after fellow […]

With 150,000 ‘Arab Spring’-like incidents from Hong Kong to Xinjiang, are CCP’s days numbered?

Special to WorldTribune.com By Willy Lam, East-Asia-Intel.com For years, analysts of domestic Chinese politics have been pondering this important question: With riots and protests increasing to more than 150,000 incidents a year, how close is China from an Arab-style mass uprising that could result in the destruction of the dictatorial Chinese Communist Party (CCP)? Even […]