Hillary Clinton wants Snowden jailed, but orders staff to use app he endorsed 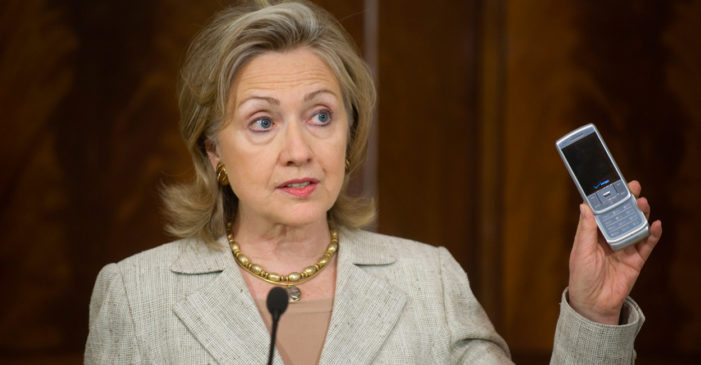 by WorldTribune Staff, August 30, 2016 Hillary Clinton said Edward Snowden should be “facing the music” for revealing NSA secrets, but her campaign has no problem with using a “Snowden-approved” encrypted messaging app, a report said. An individual close to the DNC and the Clinton campaign said that, following the release of hacked DNC emails, […]

Special to WorldTribune.com By Miles Yu, Geostrategy-Direct.com The Chinese telecommunications giant Huawei issued a statement hours after a former U.S. senior intelligence official confirmed that Huawei had indeed spied for the Chinese government. Gen. Michael Hayden [Ret], former director of the CIA and NSA, a highly respected professional intelligence official in the West, told the […]

Surveying the damage one man did to U.S. intelligence

Special to WorldTribune.com By Norman Bailey In the past few weeks media attention has been fixed on royal babies, and the saga of Edward Snowden, a former employee of the National Security Agency (NSA), the U.S. organization that engages in the interception of communications of potential sources of important intelligence. Purportedly Snowden released information about […]

Special to WorldTribune.com By Donald Kirk, East-Asia-Intel.com We keep hearing about all the countries where Edward Snowden is looking for asylum ― Ecuador and Venezuela would love to have him just to show they can’t be intimidated. Now it seems Ecuador is chickening out while Venezuela vies with Nicaragua for the distinction of defending the […]

How many Edward Snowdens are there and why aren’t we tracking N. Korea?

Special to WorldTribune.com By Donald Kirk, East-Asia-Intel.com Sometimes you have to wonder when reading the top stories how much people are really thinking about some of the implications. Take this running story about Edward Snowden. It’s a fun read, and it would not be a good idea to put him in jail for a lot […]