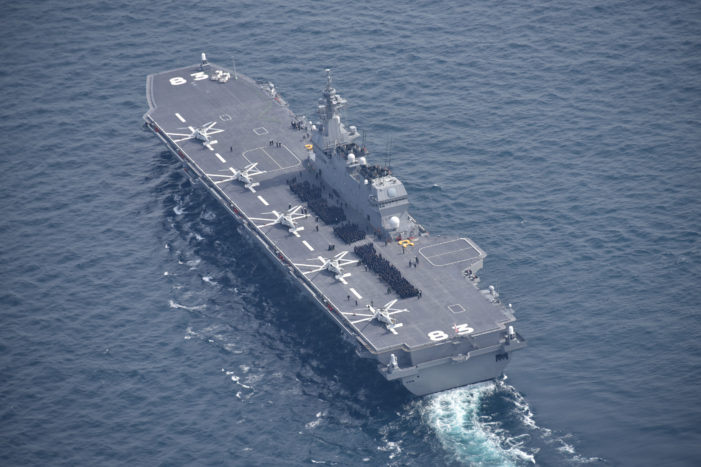 by WorldTribune Staff, May 1, 2017 Japan is sending its hulking Izumo helicopter carrier to secure passage of a U.S. Navy supply ship as Prime Minister Shinzo Abe expands the scope of Self-Defense Forces activities amid the rising threat from North Korea. Following an order from Defense Minister Tomomi Inada, the 249-meter-long Izumo will help […]

Special to WorldTribune.com By Donald Kirk, East-Asia-Intel.com Could aircraft carriers be the next big thing for Korea’s enormous shipbuilding industry, the world’s best and biggest? With orders down during the global economic slowdown, it would seem logical that Hyundai Heavy Industries and some of its rivals bring up the topic of aircraft carrier production with […]