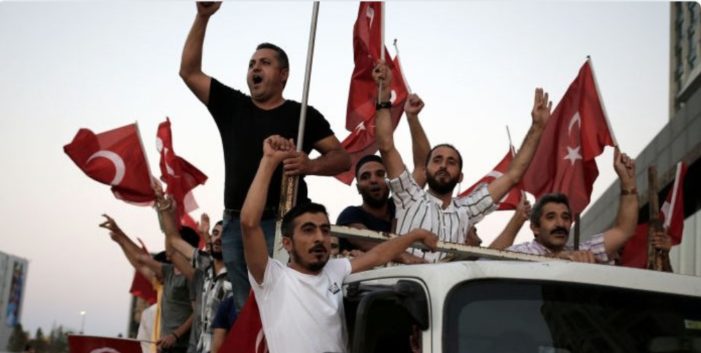 by WorldTribune Staff, July 29, 2016 Thousands of protesters rallied to demand the Turkish government close the base used by the United States to conduct airstrikes against Islamic State of Iraq and Levant (ISIL). Protesters, some burning American flags, filled the streets outside the U.S. military base at Incirlik on July 28. The U.S. military […]

Special to WorldTribune.com The United States has introduced an aircraft for the fight against Islamic State of Iraq and Levant (ISIL) that can disrupt communications and jam detonators for roadside bombs. A squadron of Marine EA-6B Prowlers has arrived at Incirlik Air Base in Turkey for a deployment that is expected to last through September, […]