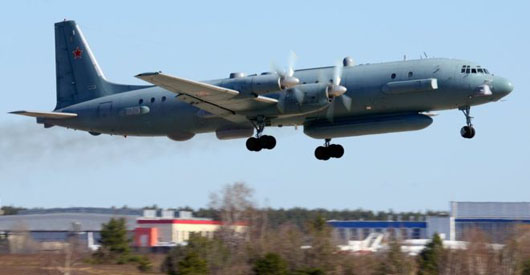 by WorldTribune Staff, September 18, 2018 After his own Defense Ministry had blamed Israel for Syria’s shooting down of a Russian warplane over the eastern Mediterranean Sea, President Vladimir Putin on Sept. 18 backtracked and concluded that the incident, in which 15 Russian personnel died, was an accident. “It rather looks like a chain of […]

War of words erupts between Russia, U.S. over air strikes in Aleppo, Syria

Special to WorldTribune.com The U.S. and Russia have traded accusations over recent airstrikes in Aleppo, Syria. After the U.S. said Russian warplanes destroyed two hospitals in the besieged city, Moscow responded by claiming U.S. warplanes bombed Aleppo on Feb. 10, an accusation the Pentagon said was a total “fabrication.” “Just before 2 p.m. Moscow time […]