French leader ties horror in Nice to attacks in Iraq, Syria: ‘We will continue’ 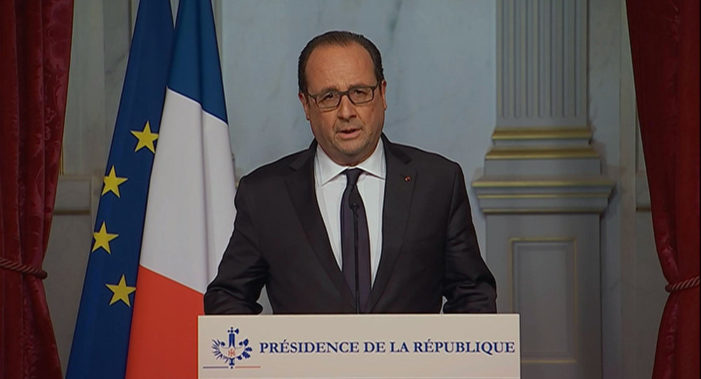 by WorldTribune Staff, July 15, 2016 President Francois Hollande said France would “further strengthen our actions in Iraq and in Syria” after a terrorist attack in Nice killed 84 people on July 14. “France has been hit on the day of celebration. This is a form of sabotage. Human rights are not respected by these […]

Special to WorldTribune.com French, British and U.S. special forces are carrying out covert missions on the ground in Libya against Islamic State of Iraq and Levant (ISIL), a Feb. 24 report said. French President Francois Hollande approved “unofficial military action” by special operations forces and the DGSE intelligence agency, according to a Le Monde report. […]

End of Atlanticism and the rise of Germany: The West looks East and yields to unelected bureaucracies

Special to WorldTribune.com By Gregory Copley, Global Information System Europe is at a pivotal point. Or, rather, it is at a point where its structural transformation can no longer be ignored. Events in Europe have finally led us to the dénouement of the 20th Century. It may presage a new Europe tied more firmly into […]

John J. Metzler UNITED NATIONS — Tone, tenor, and style separate Nicolas Sarkozy from Francois Hollande as much as clear political ideology divided the two contenders for the French presidency. But sentiments like voter discontent, backlash and anti-austerity describe the mood French voters were in when they elected the Socialist candidate. Francois Hollande’s victory with […]

Sarko, the waffle and the future of France

Wesley Pruden Nothing focuses a politician’s mind like staring at oblivion, and reluctantly contemplating himself at the center of that dark and dreary place. Though it may be too late to save himself, Nicolas Sarkozy is scared contrite and humble, a remarkable precedent for a French president. On the eve of Sunday’s voting, he offered […]