CIA’s Pompeo: ‘If Kim Jong-Un should vanish? … I’m not going to talk about that’ 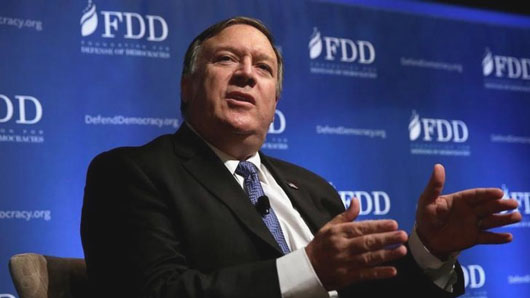 by WorldTribune Staff, October 23, 2017 CIA Director Mike Pompeo said that the Trump administration is intent on preventing North Korean leader Kim Jong-Un from reaching the “end state” of “having the capacity to hold the United States at risk with a nuclear weapons system.” Does preventing the “end state” include regime change in Pyongyang? […]

Special to WorldTribune.com WASHINGTON — North Korea was believed to have sent chemical weapons technology to Syria. A United Nations panel and Western analysts agreed that Pyongyang was shipping CW technology to the regime of Syrian President Bashar Assad. They said the CW assets could have facilitated non-conventional weapons attacks against the Sunni revolt over […]