Text of President Trump’s address to the nation 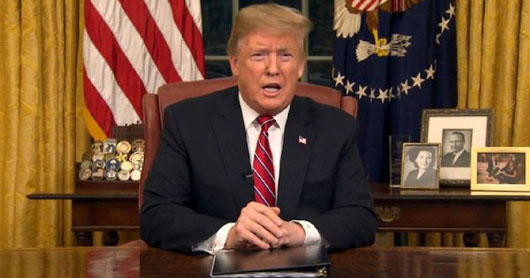 by WorldTribune Staff, January 9, 2019 President Donald Trump on Jan. 8 used his first Oval Office address to the nation to urge Congress to address the crisis at the U.S.-Mexico border: My fellow Americans, Tonight, I am speaking to you because there is a growing humanitarian and security crisis at our southern border. Every day customs […]

Drugs, guns and madness in the Ron Paul revolution

Special to WorldTribune.com Based on an investigative report for Accuracy in Media by Cliff Kincaid Ron Paul didn’t do as well as the media thought he would in Iowa, but he is moving on toward New Hampshire, where the candidate has what the media call a good “ground game.” But the “Ron Paul Revolution” in […]