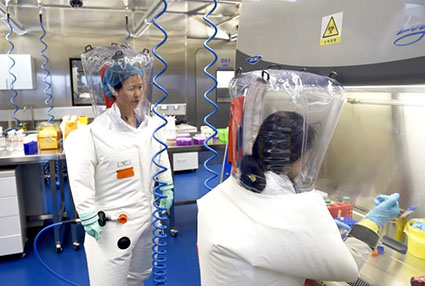 by WorldTribune Staff, January 11, 2022 SWAMP WATCH EcoHealth Alliance was rejected by the Defense Advanced Research Projects Agency (DARPA) in March 2018 regarding funding for gain of function research of bat borne coronaviruses, according to military documents obtained by Project Veritas. DARPA said it turned away the proposal, named Project Defuse, “over safety concerns […]

Special to WorldTribune.com Compiled by Miles Yu, Geostrategy-Direct.com As the U.S. transitions to littoral warfare in key parts the world, including the Western Pacific, Persian Gulf, Straits of Hormuz and the Caribbean, the threats posed by small, quiet, diesel-electric enemy submarines is growing. To deal with this, the Pentagon has developed a program to assemble […]