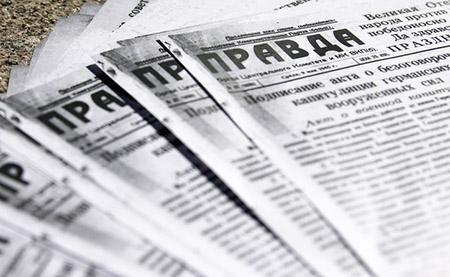 by WorldTribune Staff, March 23, 2021 “Champion of middle class comes to aid the poor”. That headline could have come straight out of Pravda circa 1958. But it didn’t. It’s from The New York Times in March of 2021 in which the Times basks in the glow of Joe Biden, resembling a state-run propaganda outlet […]

Like sheep to the slaughter: 21st century Americans have been trained to obey, not think

by WorldTribune Staff, November 27, 2020 Is it illegal to steal an election? In the era of Trump Derangement Syndrome and covid insanity, what should be an obvious answer for many is not. The Trump-hating media, without doing any real examination, says the evidence of a stolen election doesn’t exist. “And most Americans seem to […]