‘Stupid game’? We watched the impeachment hearing so you wouldn’t have to 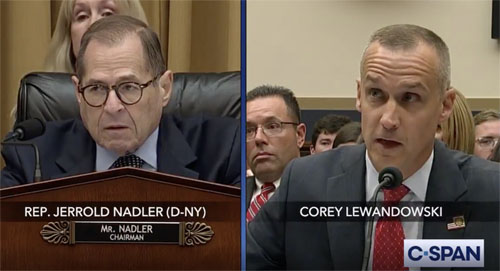 by WorldTribune Staff, September 18, 2019 Former Trump campaign manager Corey Lewandowski frustrated Democrats and delighted his former boss during a Sept. 17 House Judiciary Committee “impeachment inquiry” hearing titled “Presidential Obstruction of Justice and Abuse of Power”. In his opening statement, Lewandowski noted that “as the special counsel determined, there was no conspiracy or […]

Mark Levin: Thanks to his ‘bullying’ tactics, ‘I will not back Trump, period’

Special to WorldTribune.com Conservative radio host and Ted Cruz supporter Mark Levin said the Donald Trump campaign’s “Nixonian tactics” have put him solidly in the “never Trump” camp. Levin was particularly outraged by the Trump campaign’s Roger Stone, who in recent days threatened to make public the hotel rooms of convention delegates who switch their […]