In a 6-3 decision that was handed down on Tuesday, the U.S. Supreme Court limited the EPA’s ability to regulate carbon dioxide emissions from power plants. 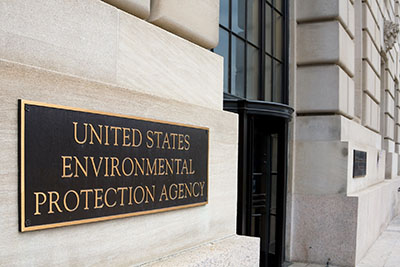 The court held in West Virginia v EPA that the Trump-era EPA did not violate the Clean Air Act by significantly softening planned limits on carbon emissions from power plants.

The court further agreed with a collection of Republican-led states and coal industry groups that the EPA, because its head is a political appointee, cannot accelerate the power sector’s transition from fossil fuels to clean energy because that goes beyond the powers granted to the EPA under the Clean Air Act.

“Capping carbon dioxide emissions at a level that will force a nationwide transition away from the use of coal to generate electricity may be a sensible ‘solution to the crisis of the day,’ ” Chief Justice John Roberts wrote in his opinion for the court.

But Roberts wrote that the Clean Air Act doesn’t give EPA the authority to do so and that Congress must speak clearly on this subject.

“A decision of such magnitude and consequence rests with Congress itself, or an agency acting pursuant to a clear delegation from that representative body,” he wrote.

West Virginia Attorney General Patrick Morrisey, who led the legal challenge to EPA authority, said the “EPA can no longer sidestep Congress to exercise broad regulatory power that would radically transform the nation’s energy grid and force states to fundamentally shift their energy portfolios away from coal-fired generation.”

Joe Biden called the ruling “another devastating decision that aims to take our country backwards. While this decision risks damaging our nation’s ability to keep our air clean and combat climate change, I will not relent in using my lawful authorities to protect public health and tackle the climate crisis.”