Study uncovers over 8,000 instances of double voting in 2016 election

A study by the non-partisan Government Accountability Institute (GAI) found 8,471 instances of double voting in the 2016 elections. 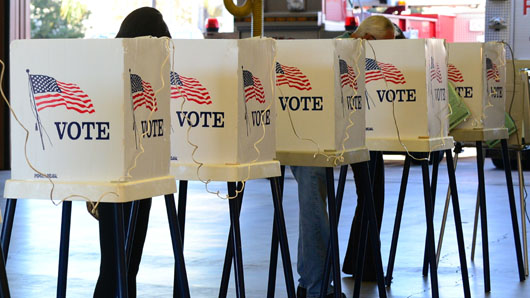 GAI says it was only able to examine results from 21 states because it encountered numerous hurdles in gathering state voter data, including: “exorbitant costs,” woefully disorganized and incomplete data, and “outright rejected requests” from states.

In the data it was able to examine, GAI reported it found that 7,271 ballots were cast in more than one state by individuals with the identical first and last name, middle initial, birthdate, and partial Social Security number. Another 1,200 double votes meeting the same criteria were detected within the same state.

GAI said the statistical “probability of correctly matching two records with the same name, birthdate, and Social Security number is close to 100 percent.”

The 37-page study is unique in that while most past voter fraud analyses have used statistical models to project fraud rates, the GAI report identified actual matches of real votes cast using public voter information rolls.

“There are currently no government agencies or private entities that compare all state voter rolls to detect duplicate voting fraud,” the report said.

GAI says the 8,471 instances of double voting it uncovered “should be investigated to determine whether two votes were cast by the same person or if identity theft occurred.”