“The civic fabric of America has frayed since the 1960s in ways that have disparately affected poor and working-class Americans – and their families,” according to a study.

“The nation’s marriage divide is rooted in economic, cultural, policy, and civic changes that all undercut the … bases of strong and stable marriages and families in poor and working-class communities across America,” W. Bradford Wilcox and Wendy Wang wrote for the American Enterprise Institute study. 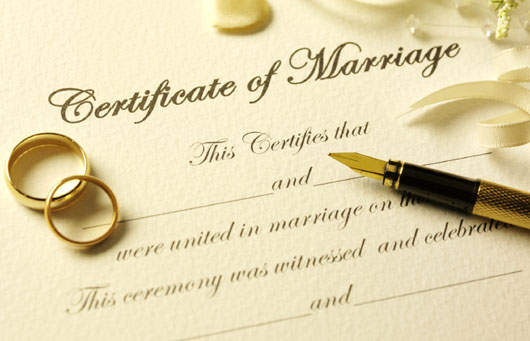 Wilcox said that while “marriage is not a silver bullet,” a stable marriage is significantly advantageous to men, women, and children.

The study found that “College-educated and more affluent Americans enjoy relatively strong and stable marriages and the economic and social benefits that flow from such marriages.”

Brookings economist Isabel Sawhill observed that a “purely economic theory falls short as an explanation of the dramatic transformation of family life in the U.S. in recent decades.”

The study notes that there was no marked increase in divorce, family instability, or single parenthood at the height of the Great Depression in the 1930s.

“A different policy, cultural, and civic context in that era meant that economic distress did not automatically lead to greater family instability,” the study said. “By contrast, a series of interlocking economic, policy, civic, and cultural changes since the 1960s in America combined to create a perfect family storm for poor and working-class Americans.

“Key norms, values, and virtues – from fidelity to attitudes about teen pregnancy – that sustain a strong marriage culture are now generally weaker in poor and working-class communities.”

Meanwhile, “membership and involvement in secular and religious organizations have declined across the board, but they have fallen more precipitously among poor and working-class Americans.”

This matters, the study said, “because such organizations have tended to support families over the years. This is particularly true for religious institutions, which often offer psychic, social, and moral support to marriage and family life. Indeed, Americans who regularly attend religious service are more likely to marry, have children in wedlock, avoid divorce, and enjoy higher-quality relationships. Nevertheless, religious attendance has fallen most among Americans with less education.”

The nation’s leaders “need to pursue a strategy to extend norms around marriage and childbearing – which remain strong among the middle and upper class – to working-class and poor women and men,” the study concluded.