A new study reveals that “some of the most frequently heard claims about sexuality and gender are not supported by scientific evidence.”

The report, published by The New Atlantis, a project of the Ethics and Public Policy Center, noted “higher rates of mental health problems among LGBT populations,” and questioned “the scientific basis of trends in the treatment of children who do not identify with their biological sex.” 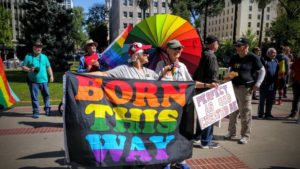 The report was written by Johns Hopkins University researchers — Dr. Lawrence S. Mayer, an epidemiologist trained in psychiatry, and Dr. Paul R. McHugh, “arguably the most important American psychiatrist of the last half-century” — in the hope of improving public understanding of these questions. It is a meta-analysis of data from over 200 peer-reviewed (and left-leaning) studies regarding “sexual orientation” and “gender identity.”

The New Atlantis is published by the Center for the Study of Technology and Society in partnership with the Ethics and Public Policy Center.

Highlights of the report, titled, “Sexuality and Gender: Findings from the Biological, Psychological, and Social Sciences”: