Tax cuts have delivered more jobs and higher pay for North Carolina residents, with the Tar Heel state’s economy growing faster than the national average in each of the last three years.

Such data is of no concern to the George Soros-funded Budget & Tax Center, a project of the NC Justice Center, which has a much different message for North Carolinians. 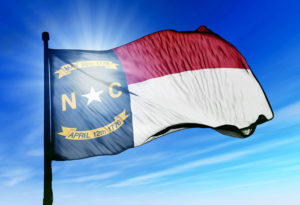 In the Oct. 25 edition of the Raleigh News & Observer, a staffer of the Budget & Tax Center opined that “policymakers and business leaders thought that cutting taxes would deliver a stronger economy. Not only has that not happened, they now lament that they don’t have the tools to invest in proven strategies like education and infrastructure.”

The Civitas Institute noted on Oct. 26 that “for starters, roads and highways are funded almost exclusively from the gas tax and vehicle registrations – revenue streams not impacted by the income tax cuts being addressed in the Justice Center’s article. Moreover, the article’s author must have forgotten about the $2 billion infrastructure bond passed this spring.

“And public education spending has continued to climb since the 2013 tax reforms. State appropriations climbed from $8.01 billion in FY 2012-13 to $8.77 billion in the FY 2016-17 budget, a rise of nearly 10 percent even after adjusting for inflation.”

Soros’ Justice Center is “the hub” of the Blueprint NC movement that in 2013 issued a strategic memo directing their members to “eviscerate the (legislative) leadership and weaken their ability to govern.”

The opinion piece also claimed “a persistent lack of jobs is driving high unemployment and sluggish wage growth, as well as the failure of any economic and job growth to equally reach every community of the state, according to independent assessments by economists, researchers and the media.”