Astronomers have found a potential sign of life in the atmosphere of Venus, reports say. 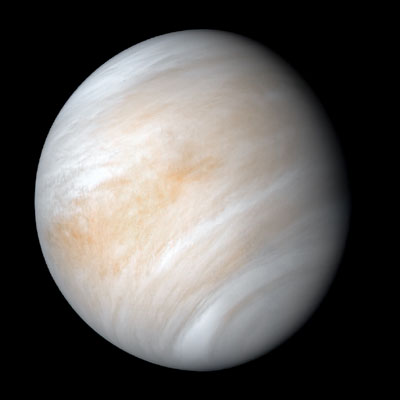 A team of astronomers announced on Monday they detected the chemical fingerprint of phosphine, which scientists have suggested may be tied to life, in the clouds of Venus.

“According to several sources knowledgeable with the details of the announcement, phosphine has been discovered in the atmosphere of Venus. Its presence suggests – suggests – some strange chemistry going on since phosphine is something you’d only expect to see if life (as we know it) was involved.

“The presence of phosphine is seen by many astrobiologists as a ‘biosignature’ i.e. an indicator of the possible presence of life.”

The detection was made by the Atacama (ALMA) array located in Chile and the James Clerk Maxwell telescope located in Hawaii. The research team includes members from the University of Manchester, the Massachusetts Institute of Technology, and Cardiff University.

“The finding is no guarantee that life exists on Venus, but researchers say it’s a tantalizing find that emphasizes the need for more missions to the hot, gassy planet next door,” a Space.com report noted.

Jane Greaves, an astronomer at Cardiff University in Wales and lead author of the new research, told Space.com that on five separate mornings in June 2017 the astronomers used the James Clerk Maxwell Telescope in Hawaii to look at Venus.

“Looking for it in Venus might be really peculiar, but it’s not hard to do and it wouldn’t take that many hours of telescope time,” Greaves said she thought at the time. “Why not give it a go?”

Greaves said the astronomers’ observations sat around on a computer for a year and a half before Greaves was able to find time to study them.

“I thought, well, just before we throw this away, I’ll have a final go at [analyzing the data],” Greaves said. “There was this line and it just wouldn’t go away, and it seemed like it wasn’t imaginary anymore. I was just completely stunned.”

Science.com noted the “line” Greaves was describing is one stripe of a spectrum, a chemical barcode that scientists can read in a telescope’s observations of light. Each chemical has its own unique fingerprint of lines and blank spaces; match enough lines and you can identify a mystery substance.

But the observations in the new research focus on only one of the lines in phosphine’s barcode, Victoria Meadows, an astrobiologist at the University of Washington who was not involved in the new research, told Space.com. Meadows isn’t quite convinced the new findings represent a conclusive identification of phosphine.

“Until we can go and get another piece of that barcode … we can’t discriminate between which kind of barcode we’re looking at,” Meadows said. “I think they make a good case for it being phosphine in there, but I think they don’t have what I would consider a slam-dunk detection yet.”