Show me the money: Corporate pressure from Fed Ex, etc. cancels the Redskins 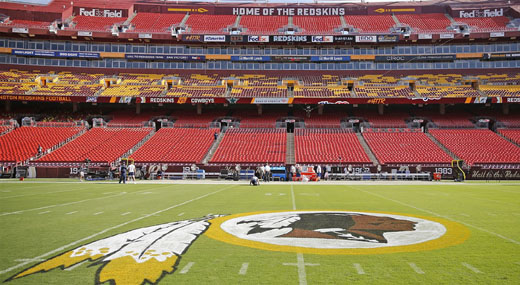 “Dan Synder and Coach [Ron] Rivera are working closely to develop a new name and design approach that will enhance the standing of our proud, tradition rich franchise and inspire our sponsors, fans and community for the next 100 years,” the team said in a statement on Monday.

FedEx, which has the NFL team’s stadium naming rights, publicly requested on July 2 that the Redskins change the team name and threatened to remove company signage from the stadium in Prince George’s County, Maryland if the change was not made. The move would cost the team $45 million in revenue. That same day, Nike stopped marketing Redskins merchandise, and Pepsi and Bank of America also gave their support to a name change.

The Redskins released a statement on July 3 saying, “In light of recent events around our country and feedback from our community, the Washington Redskins are announcing the team will undergo a thorough review of (its) name.”

“I’m sure money plays a big part of this,” Eunice Davidson, of the Spirit Lake tribe of North Dakota, told The Washington Post. “Money is always the bottom line.”

A 2016 poll by the Washington Post found that nine in ten Native Americans were not offended by the name Washington Redskins.

“Sports is a business,” commented Jimmy Lynn, a Georgetown University professor who teaches sports marketing. “When you have so many of your corporate partners and sponsors advocating for a change, you need to listen.”