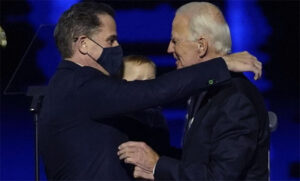 Hunter Biden, a son of presumptive President-elect Joseph R. Biden, capitalized on a steady influx of suspicious multimillion-dollar foreign bank transfers before the Justice Department opened a criminal investigation in 2018 into whether he dodged federal taxes.

Senate Republicans laid out his network of shady beneficiaries, including oligarchs in Moscow and Ukraine and a tycoon linked to the Chinese Communist Party in Beijing, from 2014 to 2017. Their Sept. 18 report was based on suspicious activity reports filed with the Treasury Department’s financial crimes enforcement network. Lending institutions contact the agency when they suspect money laundering and/or tax evasion.

Transactions like Hunter Biden’s “can trigger such an investigation,” said Brett L. Tolman, a former U.S. attorney for Utah. “Typically it starts as money laundering or tax [evasion] but can expand.”