Researchers admitted to making a major mistake in a peer-reviewed paper claiming that the Earth’s oceans are warming much faster than thought due to climate change. 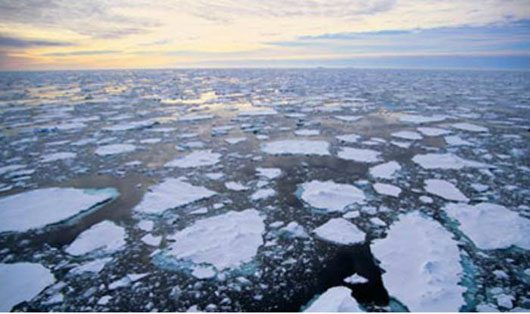 The Oct. 31 article in Nature claimed that, over the past quarter-century, Earth’s oceans have retained 60 percent more heat each year than scientists previously had thought. The study was led by Laure Resplandy, a geoscientist at Princeton University.

The article received widespread coverage from the major media, with headlines declaring:

Study co-author Ralph Keeling, climate scientist at the Scripps Institution of Oceanography, however, confirmed that mathematician Nic Lewis had discovered an error with the study’s calculations.

“Our error margins are too big now to really weigh in on the precise amount of warming that’s going on in the ocean,” Keeling told the San Diego Union-Tribune. “We really muffed the error margins.”

Keeling added: “When we were confronted with his insight it became immediately clear there was an issue there. We’re grateful to have it be pointed out quickly so that we could correct it quickly.”

Lewis posted his findings last week on Climate Etc., a blog on climate science and research hosted by Judith Curry, former chair of the School of Earth and Atmospheric Sciences at Georgia Tech.

“The findings of the Resplandy et al paper were peer reviewed and published in the world’s premier scientific journal and were given wide coverage in the English-speaking media,” Lewis said in his post. “Despite this, a quick review of the first page of the paper was sufficient to raise doubts as to the accuracy of its results.”

“If the conclusions of the paper support a more alarmist narrative on the seriousness of anthropogenic global warming, the less thorough will be the peer review. I am now totally convinced of that,” Spencer said, according to a report by The Washington Times. “If the paper is skeptical in tone, it endures levels of criticism that alarmist papers do not experience.”

Other problems include the “increased specialization of climate science (and other sciences in general), so that there are relatively few peers who know enough about what they are reviewing to pass expert judgment on it,” Spencer said.