Joe Biden’s team has ordered Immigration and Customs Enforcement (ICE) agents not to arrest and deport illegal immigrants unless they have been convicted of aggravated felonies against Americans, a report said. 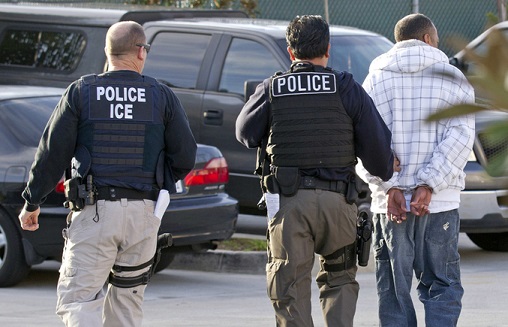 Biden’s orders “are likely to prevent 9-in-10 deportations that would have otherwise received authorization from ICE officials,” the report said.

“Forget sanctuary cities — this turns America into a sanctuary country. Prominent leftists have spent the past months calling to ‘abolish ICE.’ The Biden administration effectively just made their wish come true,” former Department of Homeland Security (DHS) official, now with the Heritage Foundation, Lora Ries said in a statement.

The Biden team’s order to ICE Director Tae Johnson instructs agents not to pursue illegals for arrest and deportation until they have been convicted of crimes such as rape, murder, child pornography, sexual abuse of a minor, trafficking firearms, and theft, the report said.

The Center for Immigration Studies said the Biden orders “will prevent the arrest and removal of nearly all of ICE’s caseload of criminals.”

“Should ICE agents try to arrest an illegal alien who is not a convicted aggravated felon — or a known or suspected terrorist or gang member — they must first get approval through an arduous chain of command process where a field director or a special agent in charge greenlights the effort,” the Breitbart report noted.

Biden’s orders “have already forced local law enforcement to release criminal illegal aliens back into their communities because ICE agents cannot take them into their custody for arrest and deportation. Communities in border regions and major cities are likely to see the largest spike in illegal alien criminals being released back into their neighborhoods,” the report said.