The reaction by the major media, Democrats and many conservatives to U.S. President Donald Trump’s summit with Russian President Vladimir Putin was likened to “mob violence” by a Russian Studies professor. Sen. Rand Paul said in a separate interview that many of the president’s critics on the summit seemed “deranged.” 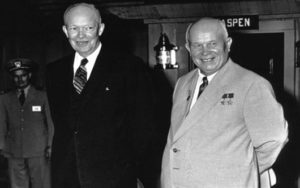 “The reaction by most of the media, by the Democrats, by the anti-Trump people, is like mob violence,” New York University Russian Studies professor emeritus Stephen Cohen said during an interview on Fox’s Tucker Carlson Tonight. “I’ve never seen anything like it in my life.”

Cohen noted that every U.S. president since Dwight Eisenhower has met with the head of Russia “for one existential purpose – to avoid war between the two nuclear superpowers.”

Russia has more in common with the United States than rivals such as China, Cohen said, adding that Russia is largely Christian and is a “frontier country.”

Paul, meanwhile, said on PBS News Hour that many of Trump’s summit critics came off as “deranged.”

“If there weren’t such acute hatred for Trump, such a Trump derangement syndrome on the left, I think if this were President Obama and it could have actually been President Obama early in the first term when they were trying to reset our relations with Russia, they could have easily had a meeting like this and the left and the media would have had a love-fest for President Obama,” Paul said.

“I think this really shows people’s hatred for President Trump more than anything,” the senator added.

Paul has announced he will visit Russia in the coming weeks “to discuss trade, cultural exchanges and how to better work for peace and prosperity in the world.”