Republicans are about to drink the amnesty kool-aid

Republicans are on the verge of committing suicide. In the wake of President Obama’s re-election, many conservatives are demanding the GOP embrace amnesty for illegal aliens. The official term is “comprehensive immigration reform.”

Sean Hannity has now “evolved” on the issue. Others — Dick Morris, Charles Krauthammer and The Wall Street Journal’s Editorial Page — are ringing the alarm bells: get in front on amnesty before the GOP is swamped by the surging Latino vote. House Speaker John Boehner said last week that comprehensive immigration reform is “long overdue.” Translation: Beltway Republicans are ready to wave the white flag of surrender.

The pro-amnesty crowd argues that the GOP lost the election because it failed to court the Hispanic vote. The party’s supposed harsh rhetoric against illegal aliens is said to have driven millions of Latinos into the Democratic camp. 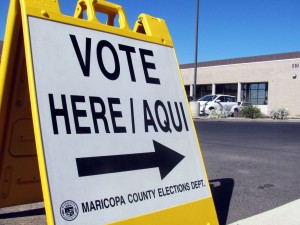 This allegedly explains why Republican presidential nominee Mitt Romney lost Nevada, Ohio, Iowa and Florida. A more flexible GOP, one embracing immigration reform — so the argument goes — is the key to a return to national power and electoral viability. Plus, they stress that ignoring the 12-20 million illegal immigrants in the country is no longer feasible — this growing sub-population must be taken out of the shadows.

The very opposite, however, is true: granting amnesty is not an option, either practically or politically. Polls consistently show that a strong majority of Americans reject providing illegal aliens with a path to citizenship. The reason is simple: such a policy would reward criminal behavior. It would eradicate America’s national sovereignty, telling the world that our borders exist in name only. Come here long enough, and in big enough numbers, and amnesty is inevitable.

Moreover, the rule of law would be undermined — shattered. Illegal immigrants are not “undocumented workers.” They’re criminals, who broke our laws to enter America. This is why amnesty (no matter how dressed up) would inevitably trigger a furious public backlash. Granting amnesty threatens to further splinter our already fractured nation.

Politically, it is disastrous for the GOP. Republicans have been down this failed road before. In 1986, then-President Reagan passed amnesty for roughly 3 million illegal immigrants. The results? The border fence was never built. The decision became a magnet, an incentive, for millions more to come.

And the electoral benefits redounded not to the GOP, but the Democrats. California — once Richard Nixon and Ronald Reagan country — became solid blue. The Southwest turned increasingly Democratic.

The Republicans are unwilling to confront a stark but sad reality: The overwhelming majority of Hispanics vote for Democrats because they are the party of big government. Many Latinos, especially lower-income, lower-skilled ones rely on public housing, free education, Medicare, the earned income tax credit and food stamps. Amnesty is not the primary reason most Latinos vote Democratic; rather, it is support for the welfare state.

Otherwise, the GOP would be making massive inroads into the Hispanic community. Following Reagan’s amnesty, George H.W. Bush received fewer Hispanic votes than the Gipper did. George W. Bush, who championed open borders and comprehensive immigration reform, barely received 40 percent of the Latino vote. Sen. John McCain, who spearheaded the push for amnesty in Congress, got just over 30 percent in 2008. Hence, the facts are clear — and damning: pro-amnesty Republicans have not and cannot attract massive chunks of the Hispanic electorate. There is no potential Latino GOP majority, at least for the foreseeable future. To think otherwise is fantasy masquerading as strategy.

Contrary to conventional wisdom, Mr. Romney did not lose because of his weakness with Hispanics, blacks, feminists, unions, homosexuals or any other primarily Democratic constituency. These blocs are part of the liberal coalition.

Mr. Romney lost for a more basic reason: He was unable to galvanize the GOP base. He received nearly 3 million fewer votes than Mr. McCain did in 2008. That difference proved to be Mr. Obama’s margin of victory. Had Mr. Romney garnered the same popular vote total as Mr. McCain, the former Massachusetts governor would be president-elect today. And no one would be talking about the Republicans’ supposed Hispanic problem. Hence, It wasn’t Mr. Romney’s stance on immigration that cost him the election.

Instead, the party establishment put forth a GOP moderate, and millions of conservatives stayed home.

Amnesty is a poisoned chalice. Republicans drink it at their peril. The issue will split the GOP in half. Nationalists, such as myself, will leave and join a third party. Many on the right will follow. Republicans be warned: Comprehensive immigration reform is the path to oblivion.

Jeffrey T. Kuhner is a columnist at The Washington Times and host of “The Kuhner Report” on AM-680 WRKO (www.wrko.com) in Boston.