Not content with eroding residents’ Second Amendment rights, Virginia Democrats are now launching an assault on the First Amendment as well, critics say. 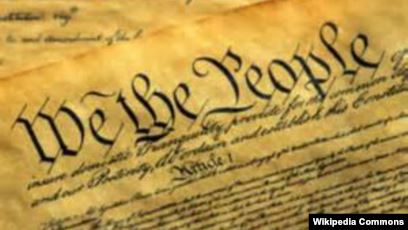 Bourne’s legislation “provides that certain crimes relating to threats and harassment may be prosecuted in the City of Richmond if the victim is the Governor, Governor-elect, Lieutenant Governor, Lieutenant Governor-elect, Attorney General, or Attorney General-elect, a member or employee of the General Assembly, a justice of the Supreme Court of Virginia, or a judge of the Court of Appeals of Virginia.”

“It’s the next step from Virginia to remove freedoms from law abiding Americans. And this time it’s not guns. It’s an attack on free speech,” Law Enforcement Today noted in a Jan. 24 op-ed.

The legislation reads: “If any person, with the intent to coerce, intimidate, or harass any person, shall use a computer or computer network to communicate obscene, vulgar, profane, lewd, lascivious, or indecent language, or make any suggestion or proposal of an obscene nature, or threaten any illegal or immoral act, he is guilty of a Class 1 misdemeanor.”

RedState’s Brandon Morse noted that the legislation’s “description of what is or isn’t considered ‘harassment’ is awfully nebulous, but it seems that’s by design. Judging by claims of special interest groups and political activists, ‘harassment’ usually means someone expressed disagreement or mocked them for their statism. Democrats have never taken well to being denied their wishes or not taken seriously enough.”

Morse added that it’s “unlikely this bill would survive in a higher court, but regardless, this proves that Democrats are more than willing to stomp on your freedoms in order to protect their own power. As a free American, this should enrage everyone, Virginian or not.”

In a Facebook post, Tina Freitas, wife of Republican Delegate Nick Freitas, called attention to the Democrats’ latest move: “Wow on cue, now they are after the 1A! Dems are trying to set up special rules exclusive to the Elite ruling class, to protect themselves from criticism!”

Freitas added in the post: “What is considered harassment? Is Governor Infanticide/KKK Hood trying to avoid being held accountable? Are we no longer allowed to demand justice for the alleged rape victims of LG Fairfax? This is some straight up communist censorship!”

The Law Enforcement Today op-ed added: “Make no mistake – this is tyranny. This is what our forefathers warned us about.”