A second investigation, separate from a FISA warrant issued in October, targeted alleged ties between the Trump campaign and Russia, a national security correspondent said. 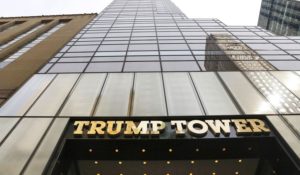 “They said there was a FISA warrant in October that was looking at the overall Russian hacking investigation, but that the FBI, when they monitored the server at Trump Tower it was actually located away from Trump Tower,” Carter said.

“It wasn’t under the FISA. They did normal strategic type of FBI investigations that didn’t require the FISA. So they went into the server but they did not use the FISA to do that. They did have a FISA however in October at the exact same time as this investigation.”

Carter added that “this is completely new evidence and remember we all thought and everybody had reported that the server was inside Trump Tower. The server was not located in Trump Tower according to our sources.”

When Hannity asked about evidence of collusion between the Trump campaign and the Russians, Carter responded: “They found no evidence of that. In fact when we spoke to our sources who had direct access to this investigation what was happening with the FBI, they didn’t even find evidence of collusion with Mike Flynn which is interesting because even when those leaks came out and they were referring to the Logan Act and everybody saw this as… They thought this was a part of the original investigation into, Russian hacking and now President Trump.

“It wasn’t. It was completely different. It was a completely separate incident and the leak came out anyways. It was monitoring of Russian assets.”

“And that would be a felony as defined by the Espionage Act as I understand it?” Hannity asked.

“That is absolutely correct,” Carter responded.