Not long ago, the unvaccinated were the new lepers. Many fully vaxxed demanded the unvaxxed be separated from society and that they be refused medical treatment. New York even mulled detention camps for those who refused the jab.

In August, the CDC acknowledged scientific facts that had been made public by a few brave medical professionals and reported by independent media since 2020, that there is no reason to treat vaccinated and unvaccinated individuals differently. 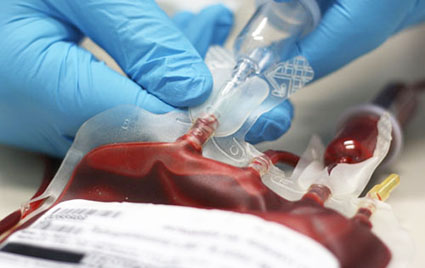 “Government scientists at multiple federal agencies told a Big Lie about natural immunity — and silenced those speaking the truth — to encourage everyone to get vaccinated. Congress never gave CDC rule-making authority, yet federal courts bowed down to CDC guidance like it was holy writ. Never again should black-robed judges stand by while white-coated bureaucrats trample individual liberties in the name of compliance,” said New Civil Liberties Alliance president and general counsel Mark Chenoweth.

The spike protein caused by Covid vaccines travels “the entire body” and “lasts for months, potentially permanently in the body for those who frequently take booster shots,” the Dr. Panda newsletter on substack.com noted.

“Bacteria, viruses, prions, and parasites can be transmitted by blood transfusions likewise people vaccinated with the mRNA vaccine have the SARS-CoV-2 spike protein in their blood,” the newsletter noted.

Because of this, reports say, the demand for unvaccinated blood is surging worldwide.

New blood banks that provide this “pure blood” are being set up in several countries.

Swiss naturopath George Della Pietra, founder of Safe Blood Donation, said there is a rising demand for what he refers to as “safe blood.”

The Broken Truth broadcast on Nov. 21 interviewed Della Pietra. (The full interview can be viewed here.)

The initial goal of Safe Blood Donation, which has members in at least 16 countries, is for hospitals and health authorities worldwide to permit “directed donations” of unvaccinated blood through which recipients could nominate donors who hadn’t had the Covid jab to provide the blood directly for their treatment.

Safe Blood Donation says it is “setting up the necessary infrastructure” and is currently represented in the United States, Canada, 14 Western European countries, Australia, Asia, and some African countries.

“We are working to ensure that our members can obtain unvaccinated blood, either fresh or canned, should they need it. In return, they make themselves available as blood donors. Anyone can become a member, whether vaccinated or not – but only those who have not been vaccinated can donate,” Safe Blood Donation says on its website.

The unvaccinated who have an upcoming scheduled surgery can be their own blood donor. Autologous Blood Banking is when you donate your own blood for your own personal use, generally 72 hours before scheduled surgery. The American Red Cross, along with other major blood banks regularly provide this service.