More ballots were counted than there were voters who were recorded as voting in the 2020 general election in California and a 2021 primary in New York, according to investigations by election integrity groups. 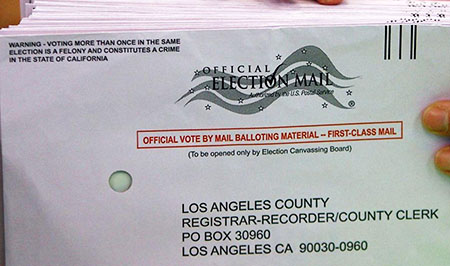 Included in the group’s findings:

• Nearly 124,000 more votes were counted in California’s Nov. 3, 2020 election than voters recorded as voting in that election. Most of the discrepancy is driven by 116,000 vote-by-mail ballots with no apparent voter identified in VoteCal’s voting histories. (Click here for a list by county.)

• California has 1.8 million more registered voters than eligible citizens, an overage that rose by 72 percent in the 2020 election cycle. Some counties have what the group found were “astoundingly high numbers” of ineligible registrants, including: Sacramento County: 36,737; Orange County: 92,014; San Diego County: 247,671; Los Angeles County: 1,138,910. (Click here for a list by county.)

“Many in the nation are questioning the validity of the 2020 general election in their states,” EIPCa President Linda Paine said Tuesday. “Mass irregularities in California’s registration and voting numbers continue to erode voter confidence here and we are hopeful Secretary Weber will immediately address our questions.”

In New York, the election integrity group SMART elections reported that it found more ballots counted than voters in one City Council District in the 2021 primary in Brooklyn.

The group reported that it found “698 more scanned ballots than voters who checked in.”

SMART elections noted there is a civil case involving the 45th City Council District: “We chose the 45th City Council District, partly because there is an ongoing civil court case here alleging corruption and poll workers ‘fraudulently feeding ballots into the scanner.’ We are not making those allegations, or taking a position on them. We are simply aware that allegations are moving forward in the courts, and they indicate that there is some lack of confidence in the process.”

The group said what it found most concerning was election officials’ lack of transparency and hostility towards the non-partisan election watchdog.

“The level of information that we are receiving now has been severely restricted at almost every site,” the election watchdog stated. “We can no longer make the comparisons necessary to conduct the pilot, and verify the accuracy of this part of the count. Our lead poll watcher has been removed and is no longer allowed to collect data.”

“At one location, both the Brooklyn Chief Clerk, who makes over $130,000 a year, and his deputy came in person to a polling location to block access to one of our poll watchers, who had been working very cooperatively with the coordinators up to that time,” the report added.